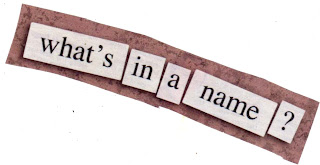 from w, One sentence in a news item caught my attention:

'Meanwhile the Fijian Affairs Act will now be renamed the ‘itaukei’ Affairs Act – and the word ‘Fijian’ will be replaced with ‘itaukei’ in all legislations.'

Does that now mean that all references to the indigenous people of Fiji will no longer be 'Fijian' but 'itaukei'?

It's harder to say, harder to spell, and it means 'landowners' doesn't it, so what about those indigenous folk who don't own land? Up till recently when the term 'Fijian' was used occasionally by non-indigenous people who are Fiji Nationals, most people still used the term to refer to a cultural group and language. So it's going to be a bit of a change which I presume is driven by the aim of giving one name to all Fiji Nationals. So will it now be the itaukei language?
Posted by Peceli and Wendy's Blog at 7:41 PM

Hello NZM, so you are still reading and posting. The classification of people in Fiji has always been a problem and it would be good to see articles where the naming is cut right out. However there's no need to reject the historical use of the word 'Fijian'. I use the word 'Fiji National' for everyone and sometimes 'Fiji Indian' when in the context of talking about a cultural group. The word 'itaukei' or even 'iTaukei' would be funny in the tourist brochures!
Wendy

Hi Wendy - yes, still reading and back to posting on our blog.

So if the Fijians are going to be called itaukei, what will the Fiji Indians be called? Or will all landowners be able to call themselves itaukei, regardless of ethnicity?

Just go back to kaiviti and kaivalagi - you were either born in Fiji (or held a Fiji passport), or you weren't!