What about a Bula Sia Festival? 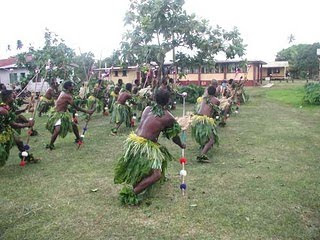 from w
On a cold morning in Australia I read about the warm babasiga land and what Tui Macuata has to say about culture. Looks like he wants a kind of Bula Sia Festival to remind people of culture which may be disappearing. Which aspects of Fijian culture are the best to continue, and which actually needs to disappear? From my observations, many of the customs still take place. Anyway, a festival is usually a good thing as long as money is spent on the right purposes. Respect is the word for most situations, respect for families, elders and the needs also of children.
From Fiji Times today:

TO avoid a situation where they become strangers in their own land, Macuata chiefs have resolved to take cultural preservation to a new level. Following the footsteps taken by the people of Bua, Macuata is also proposing to stage a festival to showcase different cultural dances and songs, and other traditional habits unique to its 12 districts.

Roko Tui Macuata Sitiveni Lalibuli said cultural erosion had reached a state in the province with many habits fast dying out due to non use.

A provincial office delegation led by Mr Lalibuli attended the Bula Re Festival of arts and culture in Bua. "The Fijian race is the most unique in the world because when a baby is born he already belong to a certain mataqali, vanua, province and will inherit certain amount of land and so forth," he said. "Additionally the habits and cultural practices clearly set the indigenous race apart. "But the distinction is becoming blurry as most indigenous live the modern way and have forgotten their traditions and cultural practices and very soon will become strangers in their own land."

Sevu or offering of the first crop to chiefs and traditional rulers is also being enforced in the districts. Mr Lalibuli said these were habits that were once religiously practised but were hardly observed these days.
---------- 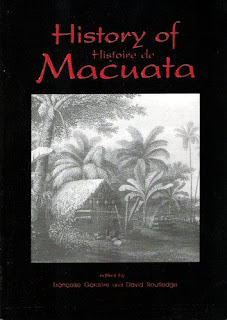 Or for that matter, read bits of a thesis at USP on the music and vanua of Labasa? There are plenty of chants and songs in that one. Ha ha.
Posted by Peceli and Wendy's Blog at 3:16 PM