Rabuka? I thought he was retired.

A suprise - that the new head of a political party is Sitiveni Rabuka.  I thought he was tired, retired, but he's been retreaded apparently!
from Fiji Village: Sitiveni Rabuka elected as SODELPA Party Leader 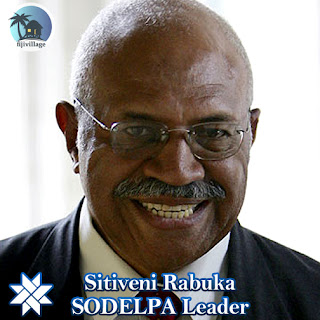 SODELPA President Ratu Naiqama Lalabalavu has confirmed that former Prime Minister, Sitiveni Rabuka has been chosen as the party leader for SODELPA.
This has been confirmed after interviews by a panel chaired by former Prime Minister, Laisenia Qarase.
Ratu Naiqama says interviews were done with Rabuka, Viliame Gavoka, Anare Jale and Ratu Kiniviliame Kiliraki.
The management board met and a vote was taken after discussions.
Rabuka got majority votes.
------------------and the consequences - some, like Beddoes, have left the party because Rabuka is the new preseident.  Don't blame him.Rabuka will face challenges – Ro Teimumu 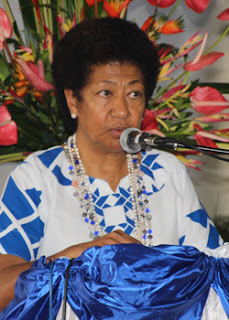 SODELPA’s parliamentary leader Ro Teimumu Kepa
SODELPA’s parliamentary leader Ro Teimumu Kepa has stated that Sitiveni Rabuka will now face the challenge of trying to bring back those who have left because of his appointment as Party Leader.
Ro Teimumu said this will be his main challenge before the 2018 General elections.
She said it was clearly stated in their management meeting that the appointment of Rabuka would cause an exodus of thousands of party members.
Ro Teimumu hopes that the new party leader will also continue to engage with the SODELPA Youth wing.
Many members of the SODELPA Youth wing along with Pita Waqavonovono resigned prior to Rabuka’s appointment.
Ro Teimumu has also called on the party to work together and aim to win at least 36 seats in parliament in 2018.
She said the 2018 election maybe the last fighting chance that SODELPA has to make a difference.

Posted by Peceli and Wendy's Blog at 9:11 PM