When John Wesley rode a horse

from w
Hey, journos in Fiji probably spend twenty seconds googling to get informed but they certainly can write startling sentences. John Wesley rode a horse and started the church in England. Good one! I don't think John even intended to start the Methodist church at all, his followers did that however. Riding a horse was a factor in his outreach work, that sentence is comical as it is such an over-simplication.
----------
from some Kansas website:
An illustration by Lynd Ward, found in Endless Line of Splendor, Copyright, 1975, by the Joint Committee on Communications of The United Methodist Church and used by permission. 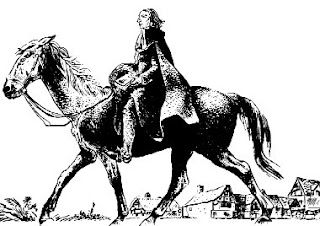 John Wesley, founder of Methodism, spent most of his life on a horse. He started the "Circuit Riding" tradition for Methodist Preachers. His affection for his mount and his advice to his preachers was expressed in this rule: "Be merciful to your beast. Not only ride moderately, but see with your own eyes, that your horse be rubbed, fed, and bedded." In over 50 years he travelled, mostly on horseback, more than 225,000 miles and preached 40,000 sermons. Many days he covered 70 or 80 miles, once doing 90 miles in 20 hours. This illustration captures well his demeanor on horseback. Notice the Bible in his hand. The Circuit Riders used their riding time to read their Bibles and study Greek, Hebrew and Classic Philosophies. Some were even able to write while riding!
---------
As for the directive from the boso, well, that figures.
from Fiji Times today:

No John Wesley DayRiteshni Singh
Saturday, May 22, 2010
METHODIST schools in Fiji will not have a holiday on Monday to observe John Wesley Day after a directive from the Ministry of Education. The schools have been observing, May 24 as a holiday since 2001.

The Methodist Church's Indian division head, Reverend William Lucas, said they had already informed parents about the holiday. Mr Lucas said he was informed by the ministry on Wednesday that all religious holidays had been scrapped. Mr Lucas said the church was only informed of the decision when it wrote to the ministry informing it about the holiday. He said if it was a new policy then the church was satisfied but other religious holidays were allowed earlier in the year. Methodists observe the day in remembrance of the founder of the Methodist Church, John Wesley. Mr Lucas said schools would have had celebrations yesterday if the holiday was allowed on Monday.

May 24 is generally regarded as the day Mr Wesley rode on a horse to start the church in England.

It has become his spiritual birthday because it was the day he experienced a strange warm feeling at a prayer meeting in Aldersgate Street, London. Methodists commemorate the life of John Wesley, who significantly made an impact in Christian history by reviving the Christian faith and relating them to society.
Posted by Peceli and Wendy's Blog at 7:12 PM

A bit niggardly of the state methinks but one doesn't know where one sits these days in Fiji.
It has been calculated that Wesley rode more than a quarter of a million miles (almost half a million kilometres) around England and Wales by horseback during his preaching mission.

This won't have effect in reality, that's exactly what I think.