Methodist Church In Fiji and Rotuma

It is with sadness that we announce the passing away of the former President / Na Qase Levu Vakacegu of the Methodist Church in Fiji , the Rev. Josateki Fifi Koroi, who peacefully entered into his Master's joy this at 4 o'clock afternoon (Saturday 8th August, 2015), at his home in Mavana, Vanuabalavu. He will be laid to rest tomorrow (9th August, 2015) in Mavana. Our prayers are with Radini and the family.
"His master said to him, ‘Well done, good and faithful servant. You have been faithful over a little; I will set you over much. Enter into the joy of your master.’" (Matthew 25:23)
Rest peacefully in God's love, good and faithful servant.

And the following comes from an old blog entry - perhaps a year ago, and then a bio of Josateki from Mary Johns-Rauto.

from w
It was a great day yesterday, saying sorry at last to the Josateki Koroi now an elderly man farming in the Navua area. Our loloma to Josateki and his wife Nola at this time.  I found this story of Jo's life in an earlier Fiji'Times. The author of the article left out an important aspect of Jo's life - the way the church turned on him, kicked him out of leadership and the pain and hurt of this time.  Instead of accepting that there are different views on how to deal with dissent and different views, Jo was treated very badly. We remember with shame that difficult time when there was a dispute within the leadership of the Methodist Church in Fiji - a conservative view, an inclusive view.  At last there is a reconciliation. 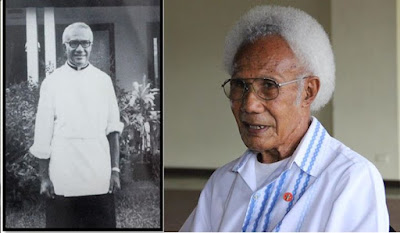 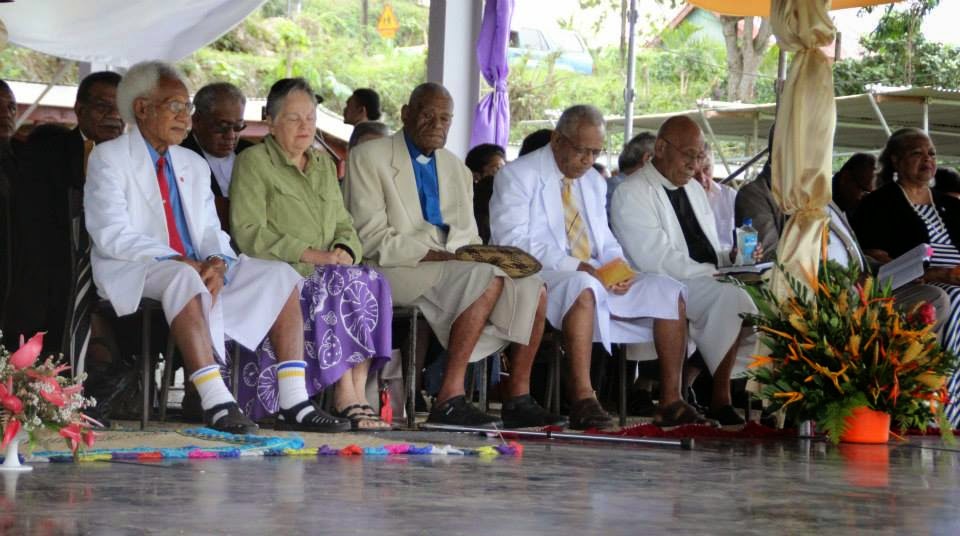 Anonymous said...
Bula Wendy and Peceli , one small correction in this article: the road blocks were in 1988 , 18th December to be exact. The letter of suspension to Lasaro was dated 20th December that year and detailed 3 relevant points : (a) organising illegal public road blocks (b publicly opposing Conference resolutions regarding the Interim Government and (c) speaking as the official voice of the church without authority. Updates::::: In retirement we now reside in our home village of Mavana, Vanuabalavu, having moved away from the farm at Waidradra. And add one great -grandchild to the total of grandchildren. Loloma, Josateki & Nola.

Posted by Peceli and Wendy's Blog at 6:53 PM