from w
It is disappointing that kuta is becoming rare in Fiji because kuta makes beautiful fine mats such as from Macuata in the ponds near Navakasobu outside Labasa.  Kuta reeds are finer than pandanus. Article from the Fiji Times and photos from the internet. 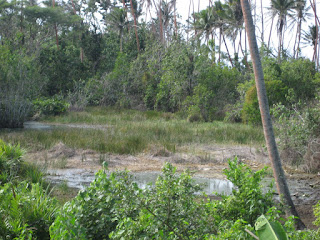 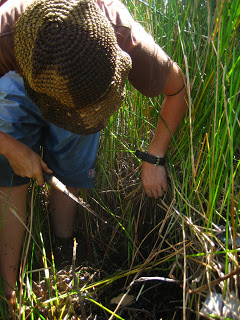 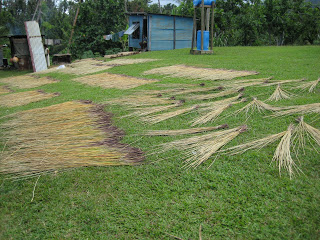 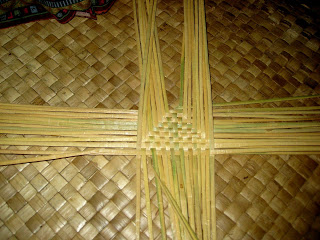 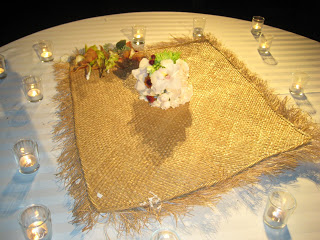 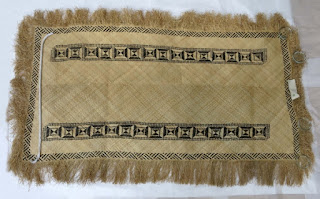 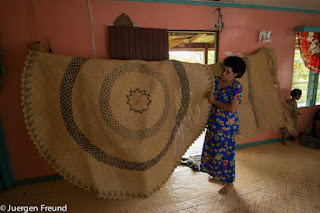 'Diminishing reeds'
Luke Rawalai
Tuesday, September 01, 2015
RESEARCH by WWF South Pacific indicates that kuta ponds in Macuata are diminishing because of agriculture and development of infrastructure which have affected these wetlands. Eleocharis dulcis or the freshwater reed known as kuta grows well in wetlands and is used to make kuta mats native to the women of Macuata. NatureFiji-MareqetiViti director Nunia Thomas said important sources for the kuta such as the Laulevu pond in Navakasobu outside Labasa Town had been taken over by waterlilies.
Ms Thomas said by the 1980s most of the ponds hardly had kuta reeds in them. "NFMV is now doing a project through its Permanent Forests Estate projects to try and revive these reeds which is a traditional identity for the clans of Nalutu and Buca in Korovuli, Seaqaqa," she said. "We are looking back to the past and identifying with women how we can maintain the ponds and revive the reed. We are also looking at past experiences to move the women and their kuta ponds forward and preserve their traditional identity."
Ms Thomas said through traditional practices they identified that the harvesting of the reed needed to be done in order to assist the plant in its regrowth. "It is issues like these that we are learning from women who have been using the reed for a long time to make the kuta mats," she said. "We are also carrying out works with the people of Culanuku in Serua trying to establish a sustainable management plan for their sago palms which arendemic to Fiji. "The leaves of the sago or soga as it is locally known are used to thatch bure and it normally takes 20 to 25 years to grow these palms."


Ms Thomas urged hotel owners who are users of the thatch that they needed to purchase the thatch from sustainable harvesters such as those in Culanuku to ensure the future of the plant species.
Posted by Peceli and Wendy's Blog at 3:40 PM