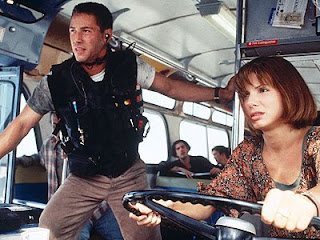 from w
Letters to the Editor just ain't what they used to be under the pall of 'correctness' but Julie's letters are sometimes a treat - about everyday life in Fiji - like the Lautoka correspondent who writes well of the ups and downs of life in the West. Anyway, Julie, I'd like to add a comment about a bus trip we took from Nadi to Suva. The video showing was the one with Keanu Reeves in it about the bus that was going to explode! Entitled 'Speed'!
Lucky to be alive
from Fiji Times letters - today

I hopped on a bus at the CWM Hospital for the city. It was the most frightening experience; flashing before my eyes were graphic shots of buses that had overturned, careered into rivers, caught fire, had brake failure and sped downhill out of control into power poles, all rolled into one.

The speed at which this driver travelled was excessive at the best of times. I would describe his driving style as being that of a maniac. We were like rag dolls jerking back and forward.

I looked at the driver's eyes; there was aggression there.

There was fear on every passenger's face; their hands gripping the rails of the seats in front.

With the accelerator hard to the floor we rounded the bend at Sukuna Park.

Those seated on the left were almost in the laps of those on the right who in turn were almost thrown out the windows. A sudden stop at the Suva Civic Centre bus stop sent us nearly into the driver's lap.

As we got to the bottleneck at the lights along the port, I thought the driver was really pushing his luck expecting other bus drivers to let him in.

They must have known him as there was no way they were going to show any courtesy toward him in the slightest.

On the final lap it was a race to the finish. As if he wasn't satisfied in achieving a record time for the journey, the driver blasted his horn to tell drivers in front of him to inch up.

I left the bus during this time with my hands over my ears in a vain attempt to muffle the noise.

I know I should have recorded his PSV number and noted the bus line and registration plate.

On this occasion the driver can live another day. I just had to get away from it all and take some deep (diesel fume saturated) breaths of air.

I fully tie in with everything you have printed.