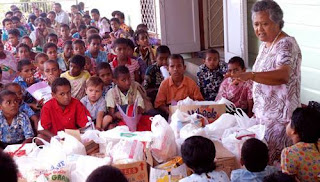 from w
I read with interest an article by James Bhagwan about the Methodist deaconesses in Fiji. I remember Pauline Campbell very well and her enthusiasm for the establishment of a deaconess order in Fiji and the contribution of women to the church as leaders.
Here is the article as in the Fiji Times:
A celebration of service
James Bhagwan
Wednesday, February 09, 2011

MY family recently relocated from Toorak where I spent eight years of my life to Samabula. I relocated with them. I now live in a house named after the late Pauline Campbell, a past headmistress of Dudley House School and strong advocate of equal participation of women in the ordained ministry of the Methodist Church in Fiji and Rotuma.

More important, Miss Campbell was instrumental in the establishment of the Deaconess Order of the Methodist Church in Fiji.

In the words of A. Harold Wood, "So strongly was she connived of the needs of religious and social welfare work among Fijian and Indian women in urban areas that she promoted the foundation of the Deaconess Order in Fiji. From supervisor of deaconess training, and, after retiring, decided to return to Suva to support the mission's program. The Deaconess Order was a boon to women of both races and was a monument to her oversight and spirit of devotion to the church in Fiji."

My new neighbour is the administrator of the Deaconess Order, Deaconess Meresiana Kuricava and her extended family - the eight student deaconesses who stay in the dormitory between our two houses. I live next to the Deaconess Training Centre which is a hive of activity.

Tomorrow, (February 10) is Deaconess Day in the Methodist calendar. Since 1878 missionary sisters have served the Methodist Church, teaching in schools, caring for orphans, providing medical and nursing care and engaging in evangelistic, pastoral and social and community work.

According to the late Ms Campbell, in 1953 the Fijian Synod of the Methodist Church of Australasia appointed the first Deaconess Committee because all Fijian annual meetings had recommended to the Synod the establishment of a Deaconess Order.

About 1966, three women - Miss Mulya Dharanji, Sister Ethel Brent and Mrs Gladys Campbell bought the property next door to me, especially for the purpose of setting up a deaconess training centre. A multiracial group of volunteers along with the first four deaconess students prepared the house for occupation and on February 10, 1967, classes started for the student deaconesses.

The term deaconess comes from the Greek word diakonia which can be defined as service or ministering. According to the World Federation of Diaconal Associations and Diaconal Communities:

* Diaconal work establishes a connection between church and society. It is present in service as well as every-day life.

* Diaconal work overcomes denominational boundaries; in the broadest sense, it is ecumenical.

* In service and spiritual care, the diaconate gives witness, both to protect injustice and to give expression to the promised kingdom of God.

Deaconesses have served as chaplains in schools, religious education teachers and in pastoral appointments as assistants to ministers. Sometimes their roles are misunderstood and as a result undervalued by the ministers and communities they serve in.

Forty-four years since the training of deaconesses started in Fiji, with a new administrator and staff, the Deaconess Training Centre and Deaconess Order is at a crossroad and reflecting on its relevance and rethinking its mission. Many, including the leaders of the Deaconess Order believe the time has come for the Vada ni Turaga - servants or messengers of the Lord - to begin to make a difference in new areas of the community through specialised ministries such as children's ministry, providing care for the aged and hospital ministry.

Writing in the late 1980s Ms Campbell, who died in 2009 aged 85, stated "the church has not yet had a vision of the potential of deaconesses for innovative and outreach work" adding that in other countries, it was normal for some deaconesses to be working in appointments outside the church, with church approval.

She added "it is to the areas of greatest need in the community and to the guidance of the Spirit that the deaconess, the committee and church should look to".

In past years final-year student deaconesses have written a project paper, from which they must develop into a workshop and implement during their probationary period. Issues such as child abuse, violence against women, poverty and other current issues including the impact of the media in society may perhaps point the way for the re-envisioning of the role of the Deaconess Order.

Rev. James Bhagwan serves as a minister for the Dudley Suva Circuit in the Indian Division of the Methodist Church in Fiji. He holds a Bachelor of Divinity in Ecumenical Studies.
-----------
And this article came up when I googled 'deaconesses in Fiji' to look for photos.
From Fuata Jione in Brisbane (28 July 2009) 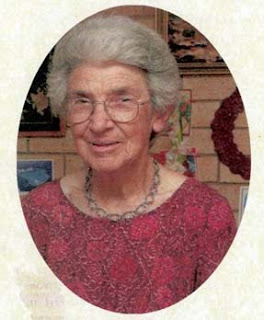 Miss Pauline Campbell, a loyal servant of God and true friend to all who knew her, passed away on 14 July 2009 at Regis Lakeside, Chancellor Park, on the Sunshine Coast in Queensland, Australia. Miss Campbell spent over 30 years of her life in Fiji, from 1947, with the Methodist Church of Fiji and Rotuma teaching in schools and Sunday schools, establishing the Deaconess Order and working for social causes for women and children. She travelled to Rotuma during her work in Fiji when Deaconess Olovia was first posted to Rotuma in the early seventies.

Deaconess Olovia and her Grandson Richard Robinson Seru, from Dilkusha home in Fiji, and Deaconess Terani Lima of Brisbane, accompanied by the Rotuman community in Brisbane, attended Miss Campbell’s memorial service at Buderim on the Sunshine Coast.

The church service was held at the Buderim Uniting Church and was attended by many people who knew Miss Pauline Campbell or worked with her in Fiji and Australia. The Rotuman group sung hymns prior to the service and later when Deaconesses Olovia and Terani paid tribute. The Indian community led by Reverend Charles Masih sang a beautiful Hindi hymn, a favourite of Pauline Campbell after Reverend Charles spoke of her work in Fiji to the Indian community.

Deaconess Olovia conveys her sincere gratitude and appreciation to the following people:

* The leaders of the Methodist Church in Fiji and Rotuma;
* The Methodist Church in Australia for their support to Miss Pauline Campbell during her years of service in Fiji;
* Reverend Charles Masir and the Indian community in Brisbane;
* Deaconess Leba Laveti, the current head of the Deaconess Order in Fiji who visited Miss Campbell during her last days in Australia;
* The Brisbane Rotuman group lead by Mr and Mrs Manueli, who accompanied Deaconesses Olovia and Terani to the memorial service at Buderim on the Sunshine coast;
* Relatives and friends from Fiji and Australia who assisted Deaconess Olovia with her travel and other arrangements to attend the memorial service of such a wonderful and loyal servant of God, Miss Pauline Ellen Campbell.
Posted by Peceli and Wendy's Blog at 1:53 PM