Journos and disasters - how much do we need to know 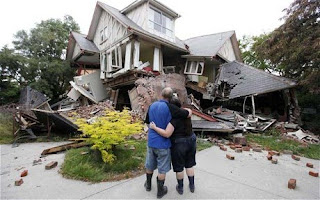 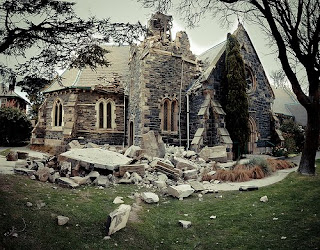 from w
When journalists cover a major disaster story - floods, cyclones, earthquakes, they seem to often intrude into the privacy of traumatised people, photographing them close-up, asking stupidly obvious questions, even catching them when being told their mother or relative has been found dead. It is an appalling intrusion into privacy. Just how much do we, the public, need to know. Okay, we do need to read the news, to know what has happened, to sympathize, empathise, with the people who are suffering. One Channel Seven face was there in Christchurch very quickly and giving his over-the-top version of events. He did the same thing when the two men trapped underground in the Tasmania mine were coming out - he even jumped inside the ambulance! We need to hear the New Zealand stories from New Zealand reporters this week as the terrible story unfolds of the earthquake. Stories go wrong at times too, reporting that several Fijians have died, but that was later discounted. Also, when a TV program shows the visual images there's no need for a voice-over, the sight of the destruction speaks for itself. Some bits are repeated dozens of times and in the end we turn away, turn off the TV, and look for something positive instead. I think the photo of the couple in front of their destroyed house is relevant though because many of us can empathize - imagining 'what if' this happened to us and our dream home.
Posted by Peceli and Wendy's Blog at 8:59 PM

It is such a painful moment for anyone who lost their homes in a earthquake, flood or cyclones. It is a dream to anyone to built their dream home. It is such a dangerous photographs.

Hey, there's a great deal of helpful information above!