Be wise as an owl 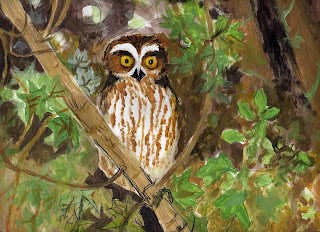 from w
A warning about going into negotiations about your land comes from an expert, Paula Raqeilai, and is addressed to the people of Kia Island who recently declared they are willing to lease part of their island.
from Fiji Times Features:

While I commended the initiative by the mataqali Burewaqa of Kia Island to give their land to the Land Bank of Fiji I strongly advise the landowners and their local consultants or representative (including NLTB) to seek an independent professional advice on the development feasibility of this multi-million proposed land project.

My humble advice to the landowners to seek address on the following areas before surrendering their land interest to the Land Bank of Fiji for an uncertain period of time:

(i) What is the estimate residual land value for acquisition or disposal purposes based on the hypothetical development (proposed 12 allotments of 4.16 acres each on the 50 acres site development)?;

(ii) What is the estimate financially appraised of this property development and at the same time test its viability or feasibility against the value of the total land resources and the people of Kia Island (tangible and intangible values)?

(iii) What is the best model of joint venture debt/equity arrangements to adopt for the landowners (sideline head lessor) or in this case the government (head lessor) on the proposed development;

(iv) Has the Fiji land reform unit or it reps evaluate multiple development options on the proposed site to determine its highest and best use?

(v) Has the Fiji land reform unit or its reps analyze the possible risks involved in such high magnitude land development using sensitivity testing and probability analysis via the usage of any aided computer software available to land professionals?

The above are some of my concerns that any prudent landowners should be aware of when seeking to invest in land for an optimum return during an unspecific period of investment.

Land reform elsewhere in the world has both its positive and negative effects and in certain countries like Somalia and Thailand the very people who were supposed to be benefitted from the land reforms become much worse off today.

In my opinion land reforms are not bad if the full consultancy of all stakeholders (including the native land resource owners) are involved and arrive at a consensus.

As a landowner I would not like to see what happened in Somalia (land grabs as a result of non-consultation of the landowners/breakdown of structured government) and Thailand (the priority shift of land reforms from landowners to tenants; land reform controversy; the distribution issue; the implementation problems) to happen in Fiji in the next 30 years. Remember a wise land reform decision made today will certainly have an everlasting effect on the generations to come until the return of the Messiah, the Lord Jesus Christ whom all land reforms on this earth are vested.

* Paula Raqeukai is the president of the Pacific Islands Landowners Consultancy Group, an organisation set up in 2005 by some of the region's land management graduates for the purpose of offering advice and awareness programs to the Pacific Islands land and resource owners on how best to use their tangible assets to realise maximum returns and sustainability.
Posted by Peceli and Wendy's Blog at 3:14 AM