A baka tree and Hannah Dudley 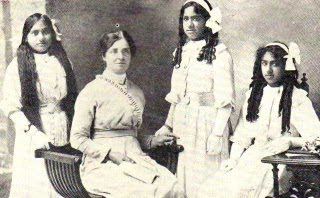 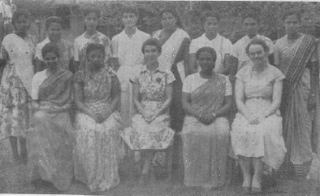 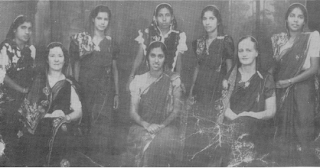 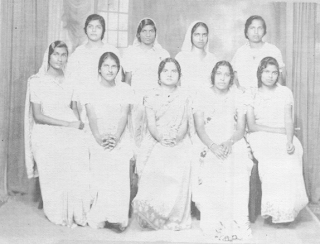 Three of the photos are taken from the Dudley High School website showing students and teachers of Dudley. The other photo is of Hannah Dudley and three girls.
from w
It's getting to be quite a saga with yet another reference to that enormous baka (banyan) tree (which could tell you some great stories if it could talk!) This time, Netani Rika from the Fiji Times writes about Hannah Dudley whose name graces the school. Vinaka Netani.

Thank you Hannah Dudley
Monday, August 16, 2010
WHEN the baka tree at Dudley High School is removed, an important part of Fiji's history will be no more. Under that tree in Toorak, Suva, the Methodist missionary Hannah Dudley conducted classes in Hindi and Urdu for the poor and neglected members of the Indian community.

She arrived in Fiji from Australia on August 24, 1897 and began a mission which would last 13 years, most in what was regarded at the time as the Indian quarter of Suva.

From Toorak, Miss Dudley's work reached out towards Nausori as she taught the young and ministered to the sick.

Her love for and dedication towards this community stemmed perhaps from the fact that she was forced to quit India after six years of mission work due to ill health.

Despite several attempts to return to the mission field on the sub-continent Miss Dudley was refused permission by the British Methodist Missionary Society. Upon hearing that there was a need for missionaries to the Indian community in Fiji she leapt at the opportunity.

This missionary had few educational qualifications but what Miss Dudley lacked in knowledge she made up for in kind-heartedness and self-sacrifice.

In such high regard was she held that the Indian community in Suva — including non-Methodists — referred to her as Hamari Mataji (Our Honoured Mother).

Her work with the Indian community did not end with education and preaching the Gospel. Miss Dudley took in five children whom she reared as her own, one of them rising to become president of the New Zealand Methodist Conference in 1956. The Methodist Church named Dudley High School — initially a school for young Indian women — in honour of a dedicated missionary.

Today Dudley is open to boys and girls and the tree under which its founder first taught is about to be torn down because its roots threaten the safety of the institution.

Cuttings from that huge tree will be given to former students who wish to plant trees in memory of the contribution the school and Miss Dudley have made to the community. The school community is also willing to give cuttings to private individuals who wish to keep the memory of Miss Dudley alive.

When the great baka tree finally falls, it will do so close to 113 years from the day Miss Dudley first arrived in Fiji to leave a lasting legacy to this country and her people.Her dedication and sacrifice will last forever.

NETANI RIKA
Posted by Peceli and Wendy's Blog at 8:18 PM