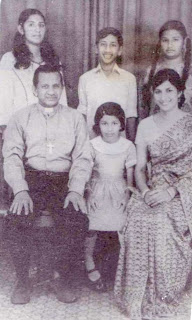 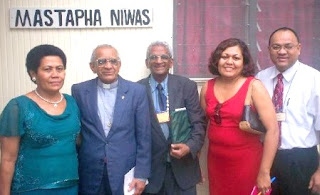 from w
Next weekend there will be a celebration in Sydney for the 50 year since Danny's ordination in Fiji. Our very best wishes and blessings to Danny and Bela Mastapha on this occasion. A few weeks ago there was a similar celebration in Fiji as reported in the Fiji Times. 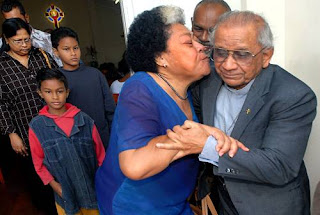 REVEREND Daniel Mustapha returned yesterday to the same place where he stood and gave his first sermon about 60 years ago. And memories came flooding back for the former president of the Methodist Church.

"My father was a convert of Hannah Dudley. He was a very strong Methodist and inspired me to become one myself. My parents and other priests and reverends helped me become a good preacher by sowing the seeds. I only had to follow their path," said Mr Mustapha, who became the church's first and only Indo-Fijian president in 1977.

Born in Levuka, Mr Mustapha, 79, came to Suva to attend Suva Methodist School to attain his secondary education. He was 20 years old when he first stood in the Dudley Memorial Church in Toorak to preach in 1950. Nine years later on July 16, 1959, he was ordained a minister.

Mr Mustapha lost his sight after years of eyesight problems but it did not stop him from reaching out to people. He now resides in Sydney, Australia, with his wife.
--------------- 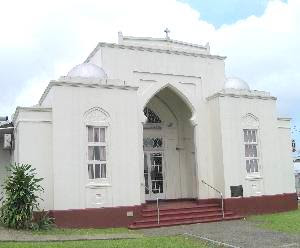 Dudley church has a website today with many photos and stories.
Posted by Peceli and Wendy's Blog at 11:10 PM