Vulnerable to live beside the sea 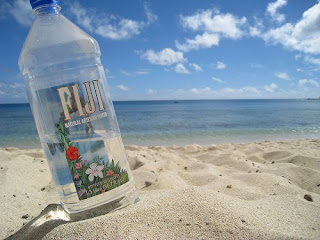 from w
Along the Coral Coast of Viti Levu this week, huge tidal surges inundated some of the tourist resorts. Nothing to do with the shenanigans from the Nagigia Resort in Kadavu of course.
Huge waves cause damage but no casualties, police say
by Mai Life Magazine on Thursday, 19 May 2011 at 21:30
The Fiji Police Force has confirmed there were no casualties or injuries reported when huge waves hit the Coral Coast areas on Thursday and Friday. Police spokesman Inspector Atunaisa Sokomuri said while they’ve yet to ascertain the cost of damage, a warning remains to motorists on the Coral Coast to be cautious whilst driving. “We are awaiting further reports from the weather station and our man on the ground,” he said.
The following areas and resorts were affected:
• Shangri La's Fijian Resort
Water went into 30 rooms of which 10 rooms were occupied by tourists. Seawalls have been damaged.
• Intercontinental Resort and Spa, Natadola
Nil damage reported but water went into lower areas of resort ground
• Outrigger on the Lagoon Resort in Korotogo, Sigatoka
Lights on beach front umbrella, path lights damaged.
• Naviti Resort and Spa
Activities gym window glass damaged, 3 beachside villas went under water due to waves; water went into Nukunuku Restaurant.
• Warwick Fiji Resort and Spa, Korolevu
Wicked Walu Bridge still under water
• Fiji Hideaway Resort in Tagaqe
Seawalls damaged and wooden ladder leading to beach damaged. Water entered some rooms
• Tambua Sands in Namada, Sigatoka
Water entered 4 beach bure, 8 guests moved to other bure on higher ground.
• Mango Bay Resort, Namatakula
Water reached the railings of resort but no major damage reported; Queens Rd at Vatukarasa was covered with debris and logs due to high waves.
(Statement from the Fiji Police Force)
-------- 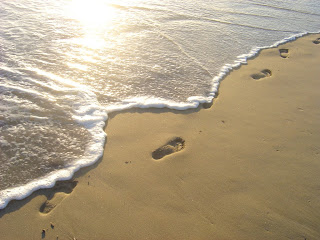 Meanwhile as all the Sherlock Holmes pry around a Kadavu resort looking for footprints in the sand, stray flip flops and surf-boards, the journalists are spouting opinions right left and centre such as Graham Davis in his Grubsheet blog - picked up by Stuff in New Zealand. His views of course are his own and he sometimes makes mistakes but everyone is of course entitled to their own opinion. A name has come up by now of the 'European' who went 'fishing' - a New Zealander who happens to be married into an elite Fiji family. Hmmm.
Posted by Peceli and Wendy's Blog at 8:05 PM

Thanks so much for the article, quite useful material.