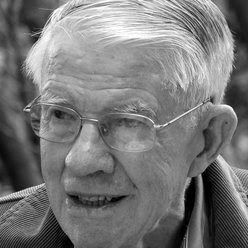 from w
Rev Dr Meo from Sydney alerted us to this news and an internet search came up with two tributes as follows:

John served as the first full time General Secretary of the Australian Council of Churches (1948 - 1954). John then served the WCC as Director of Communications based in Geneva (1954-60). Upon returning to Australia he was appointed Principal of Camden Theological College.

John served in the Pacific and particularly in Fiji his writings offer great insight into the tensions and mission of the church.

John was much loved and will be greatly missed by his family and friends. We give thanks to God for his life and ministry. May he rest in God's grace and peace.

Died peacefully, after a final illness surrounded by family and loved ones, in his ninety-first year - the completion of a rich earthly life of ministry, scholarship, teaching and dedication to Christian unity, in the worldwide mission of the Church.
Widower of Dorothy and Roberta. Loving and greatly-loved father, father-in-law, grandfather, great-grandfather and uncle. Missed and remembered by a host of friends throughout the world and especially in Fiji and the Pacific Islands.

A service of Thanksgiving was held at Mosman Uniting Church on Saturday May 7th.
No flowers. Donations in lieu to The Garrett Riggleman Trust (P.O. Box 665, Haberfield, NSW 2045, www.grtrust.org.au).
-------
And, also.
Rev. Dr. John Garrett was a Uniting Church minister, historian, teacher, and author. Born in 1920, he was ordained in 1946 and lived a rich life of ministry, scholarship, teaching, and dedication to Christian unity, in the worldwide mission of the Church. He served the ecumenical movement as the first General Secretary of the Australian Council of Churches (now the National Council of Churches) and later as the Communications Director of the World Council of Churches in Geneva. He was principal of Camden College, a theological seminary in Sydney, and taught church history at the Pacific Theological College in Suva, Fiji, where he lived from 1968 until his return to Australia in the 1990s. He died in April, 2011 after a short illness surrounded by family and loved ones.

John Garrett was the author of several books and numerous articles. He demonstrated the vital role of Pacific Islanders in the spread of Christianity throughout the Pacific in a work in three volumes beginning with To Live Among the Stars, a book which was described as a “standard for a generation”. 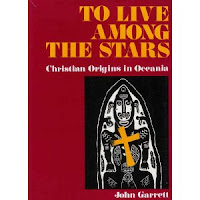 Posted by Peceli and Wendy's Blog at 4:18 PM

Dear Wendy and Peceli,
Thankyou for featuring those tributes to an outstanding churchman and historian; it was a great privilege to know him (and his family) and to benefit from his wisdom.