We live in a muddled world

from w
All I can say is that the Fijian soldiers in the Golan Heights were very very lucky to be released - when you consider what is now going on in Syria and nearby countries. Apparently the Americans are even bombing not only Isis areas but the terrorist group that had held the Fijians.  It's a crazy sad world when we all get into this muddle in the Middle East.  Here is how one letter writer expresses it - from a London newspaper.

If you’re still confused about what’s going on in the Middle East, look no further than Aubrey Bailey from Fleet, Hampshire.
She wrote in to the Daily Mail on September 5 to shed some light on the complex system of alliances and conflicts that exist between the West, states in the Middle East and jihadist groups like Isis. 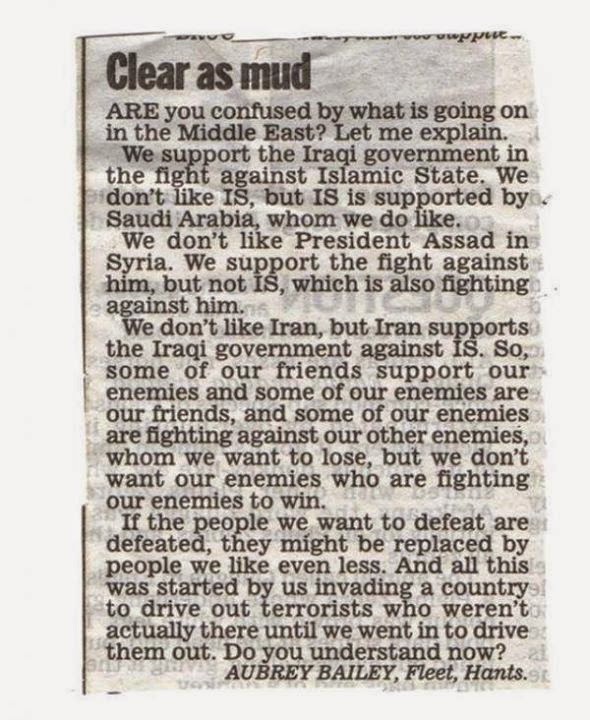 Posted by Peceli and Wendy's Blog at 3:42 PM