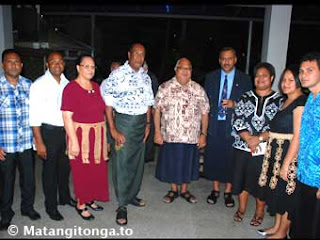 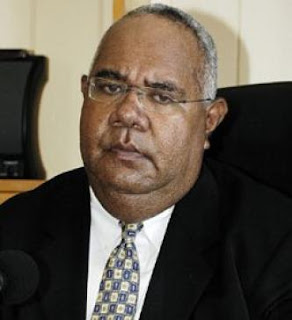 from w
There's a strange story from the Fiji Village media this afternoon. Ratu Joni had gone to the Solomon Islands despite being on of Fiji's highly educated chiefs. Now the Tongans want his advice. In the article there's a suggestion that he can just use email to provide legal advice! Okay, it's 2011 so that's alright. But a 'Lord' of Tonga, now that is bizarre surely.Although 'Lord' I suppose means 'Tui' which in Fijian sounds right. However democracy and egalitarianism seems distant even after Tonga had their election and a love of titles is something I find difficult to contend with. And 'Grand Gross' doesn't sound very good in English! Anyway good luck to Ratu Joni who is a fine gentleman and several of his speeches are memorable.

Matangi Tonga news agency confirmed that in a brief closed ceremony at the Royal Palace in Nuku'alofa this morning Lord Madraiwiwi Tangatatonga was also awarded the honour of a Grand Gross of the Royal Order of Queen Salote.

He becomes a Law Lord who advises the King on legal matters.

Lord Madraiwiwi Tangatatonga told reporters that it was "great surprise" when he was informed that he was going to be given a Tongan noble title.

His responsibility will be to give legal advice to the king and it can be carried out via e mail, but Lord Madraiwiwi said he will visit Tonga from time to time.

Lord Madraiwiwi Tangatatonga is currently engaged in the Solomon Islands as one of the two International Commissioners with the Truth and Reconciliation Commission.

Story by: Roneel Lal
Posted by Peceli and Wendy's Blog at 7:45 PM

Hello Peceli and Wendy, A Very Happy New Year to you both.
It's wonderful that Ratu Joni's intellectual integrity and wisdom is being used throughout the Pacific but his sagacity is sorely needed in Fiji. He is the obvious candidate for Presidency in Fiji to help bring about the necessary reconciling policies and direction to move the country forward harmoniously.

I found a lot of effective data above!