from w
Sobosobo, how come a bridge that is brand new bridge gets pot-holes so quickly?  Who built it?  It's OUR bridge next to our village of Vatuadova and there's a lot of traffic, even the link from Labasa to Nabouwalu and from Labasa to Savusavu. Yes, there's plenty of traffic but it should have been built stronger. Here's the story from the Fiji Times.  We are very disappointed about all of this. Here's a photo looking at the Vatuadova area.
Apparently vehicles wait and queue up. What an opportunity for our family to have a stall beside the road to sell watermelon, drinks and pineapple!!!! 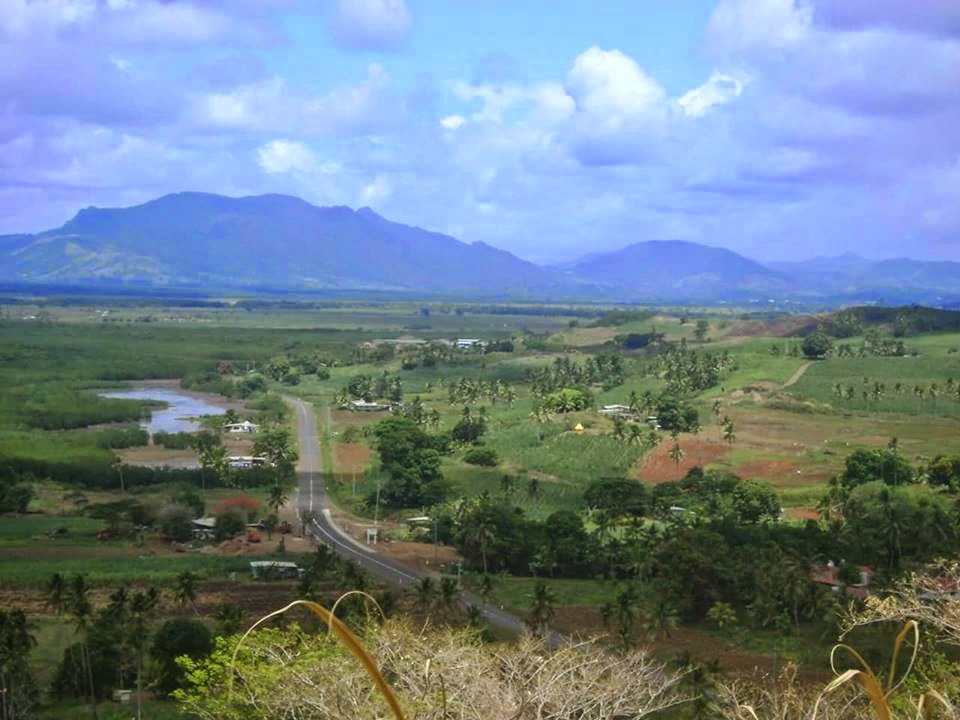 + Enlarge this image
Part of the bridge at Vatudova remains closed to motorists. Picture: Serafina Silaitoga
A $1.2MILLION bridge built outside Labasa Town in 2009 has come under the spotlight for its deteriorating condition only five years after its construction.
And yesterday, the Fiji Roads Authority reiterated the importance of setting a high standard in construction so that structures could last for 100 years.
The bridge at Vatudova has been partially closed for about five months after potholes were spotted last year on one side of the bridge.
FRA will now have to use an extra $300,000 to replace the bridge deck.
The partial closure has raised questions on when the bridge would be repaired to allow for free flow of traffic.
The bridge sits between Tabia and Labasa and is a busy route for daily commuters.
Davendra Naidu, a Seaqaqa resident who frequents Labasa said during peak hours, vehicles would queue up on either side of the bridge.
"We only use one side of the bridge now so we have to be patient and considerate when approaching the bridge," Mr Naidu said.
"We can't understand how it got damaged so fast when it was totally new in 2009. We hope that FRA can build a better one for us all."
In statement, the FRA said repair works would be done between this year and next year.
Posted by Peceli and Wendy's Blog at 1:02 PM