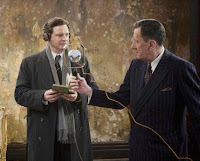 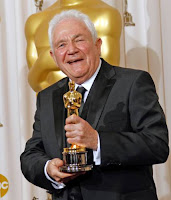 from w
We've just got home from seeing an excellent movie 'The King's Speech' with superb acting, a good and fairly true story-line, a historical time re-enacted, and the screen-writer had a link with Fiji. Probably the best movie we've seen for months so no wonder it won some oscars.
from Fiji Times March 1 is this article:
Oscar effort
Mary Rauto
Tuesday, March 01, 2011
DAVID Seidler a former journalist and speech writer to Fiji's first prime minister and late Tui Nayau, Ratu Sir Kamisese Mara, scooped the award of a lifetime. A former colleague and close friend, Matt Wilson described the Oscar as a fitting accolade for a gifted person.

"That's fantastic," he said. "That's great news. I'm very happy that he won fame as one of the world's best screenwriters. He was a gifted writer and very perspective and quickly developed an understanding of the complexities of Fiji's political situation. He had a keen mind."

The King's Speech, which received 12 Academy nominations, was based on the lengths King George IV of England would go through to overcome his stammer.

In accepting the award, Mr Seidler, 73, who had a stammer as a child said, "I accept on behalf of all the stutterers throughout the world. We have a voice thanks to you, the Academy."

He beat writers of four other movies namely Another Year, The Fighter, Inception and The Kids Are All Right.

Mr Wilson said Mr Seidler spoke in a deliberate manner. "I've seen the movie and it was a brilliant and very moving story," he said. "He spoke in a very precise and deliberate manner, probably a way of overcoming his speech disabilities. You never would have known that he had a stutter."

Mr Wilson shared fond memories of Mr Seidler, saying the latter was recruited by Ratu Mara, who was then leader of the Alliance Party.

"The Alliance became very concerned about details of the constitutional negotiations being leaked to Len Usher and myself and ending up in The Fiji Times the next day so they decided they wouldn't speak to us," he said. "We walked into a reception where all the Alliance politicians were present and it was very noticeable that they were giving us the cold shoulder. It was David, who sidled up to me and murmured in an embarrassed fashion that they weren't allowed to have any contact with us, however, the leaks continued."

"I would like to say on behalf of my family we are grateful, privileged and honoured to have been associated with him through my late father, the Turage na Tui Nayau," she said. "We are proud and elated that he has won this award because he really deserved it. It goes to show that my father saw the great talent that David Seidler had and it's very rare for someone to write great speeches for one of Fiji's great leaders. He was able to articulate the issues that my father the late Tui Nayau wanted to express and if the Tui Nayau was here he would be so proud and elated," Adi Koila said.

King's speech, and received 12 Oscar nominations, is based on the British King George IV, the length of the move to overcome their stuttering.

The Alliance to become very concerned about the constitutional negotiations and the evidence given to me and Ryan Usher end of an era in Fiji, the next day.