A great Kadavu man who passed away 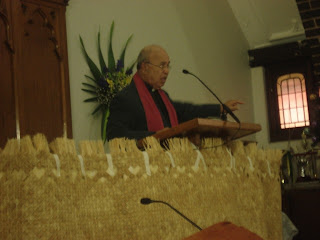 from Peceli
It's a sad day for the people of Kadavu. Two great men have passed away within a fortnight, the chief, Ratu Nawalowalo and also the Rev Inoke Nabulivou. A few days ago I was told that my good friend, Rev Inoke had passed away. The Kadavu province is well known for its educational opportunities and many good leaders have come from there. I have known Inoke Nabulivou since our youth together when we were at Davuilevu training to be talatalas. His turning point to become a talatala was his Dad's idea, instead of going to Medical School or teachers' college. He was associated with Macuata when he was teaching at Nasoso Circuit School and he was a leader of the Mataveitokani there. He was outstanding in studies, went to Adelaide, and back in Fiji worked in circuits, in Christian Education, and he became President of the Methodist Church of Fiji. In later years he and his wife Lilian moved to Australia where he had a productive ministry in Sydney and in Perth. He was President of the Australian Fiji National Conference at one time. Our condolences go to Lilian and the family and the people of Kadavu. 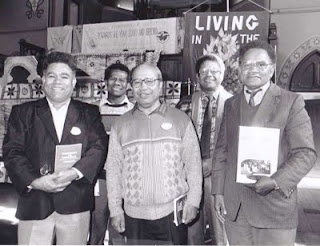 In the today's Fiji Times

Netani Rika
Friday, September 10, 2010
A FORMER president of the Methodist Church in Fiji, Reverend Inoke Nabulivou, has died in Australia. Originally from Dravuuwalu Village on Kadavu he emigrated to Australia in the 1970s and joined the Uniting Church.

He made a home in Guildford, Western Australia and continued to serve as a minister until his death.

Mr Nabulivou maintained his links with Fijians in Australia and was a popular preacher at family and community gatherings. He will be buried at Midland cemetery after a service at the Wesley Chapel Uniting Church on Saturday.

Mr Nabulivou replaced Reverend Daniel Mastapha who was the only Indian president of the Methodist Church.
Posted by Peceli and Wendy's Blog at 2:38 PM