Christmas Day is nearly over 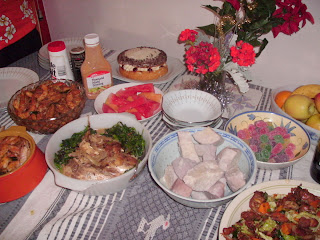 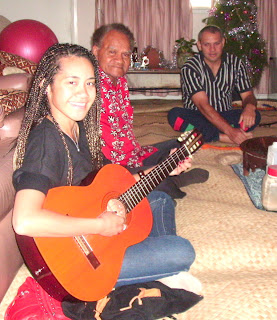 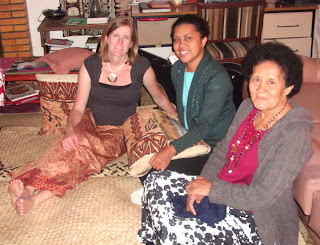 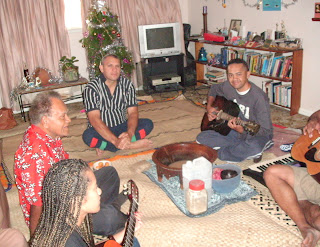 from w
We have had a lovely day in Geelong, waking up late though, after watching 'The Nativity Story' on TV last night. Santa had left some small gifts for a little girl visiting from Fiji which is a place where they don't make a big fuss of those strange stories of chimneys and men in red suits and so on. However my little grand-daughter played Santa's helper throughout the day by finding objects, wrapping them up and putting parcels into the letterbox! Mostly golf balls and candies! After church at 9 a.m. there were preparations for a delicious lunch of prawns, taro, fish in lolo for a household of five. Later in the day two carloads of friends arrived to share in drinking yaqona, or tea and cakes, with plenty of yarning and singing with three guitars - Christmas carols, Fijian folk songs, 'The Lord is my shepherd'. A Labasa family. Also remembering those who are missing. We then ate leftovers and watched a New Zealand movie. Now the day is nearly over. It has been a lovely Christmas.
Posted by Peceli and Wendy's Blog at 3:13 AM

Dear Peceli and Wendy,
A happy Christmas to you both and thanks for the great work you are doing through your blogspot.
I don't wish to sully the festive season but a very important article in the SMH Boxing Day edition throws the light on the antics of the Chinese at Copenhagen, and this the nation ostensibly supporting the small Pacific nations most vulnerable to Climate Change.

Thank you Andrew,
I've saved the article to read more carefully when I fully wake up! Perhaps the Age will run the story also. The contradictions, deceit and glimmers of hope, all gets mixed up in the South Pacific.
w.