There's talk of putting up Fiji's minimum wage to $4, but I reckon that is just not enough.  In Australian dollars that is probably about $3 so with the high cost of living in Fiji, how can a worker look after his or her family? Some of my relatives work in the tourist industry and get little more than the minimum wage which is $2.32F. And they are expected to smile a lot !  Hotel accommodation may be from $40 to $1000 a night so where does that money go to?  Story from the Fiji Sun. 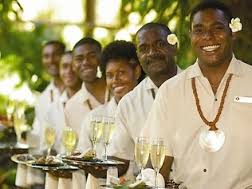 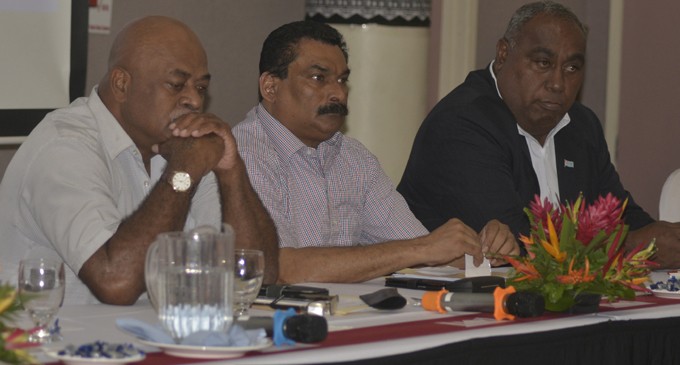 by Waisea Nasokia, NADI 0 Comments
A campaign for a $4 minimum wage was launched during the Fiji Trades Union Congress 46th Biennial Delegates Congress 2016 at the Tanoa International Hotel in Nadi yesterday.
FTUC general secretary Felix Anthony said: “The launch of the campaign on the minimum wage is where we demand that the minimum wage should be raised at least to $4 an hour for all workers.
Mr Anthony said: “Of course this is not a sufficient or does not take us to the poverty line. But we believe that is the decent level where we can progressively work to ensure that we raise the minimum wage above the poverty line so that workers earn a decent living and off course can live in dignity,”
He said the campaign would be followed by a number of events to call on Government to relook into the minimum wage.
“The first strategy will be to build public awareness around the campaign and that’s just begun today with public awareness,” Mr Anthony said.
“We are going to take this matter into Employment Relations Advisory Board (ERAB) ourselves and to persuade other social partners that this is the right thing to do for Fiji to move forward as this must happen.
“We did demonstrate why $4 was a decent number at this stage and we’ve also clearly demonstrate current minimum wage of $2.32 by no means is sufficient to sustain a family in any way at all.”
Mr Anthony said he would be seeking a meeting with the employment minister on a more formal and official space where they would discuss the way forward.
Minister for Employment, Productivity and Industrial Relations, Semi Koroilavesau, was present since the Fiji’s Employers Federation and Government were invited to attend the FTUC Congress.
Mr Koroilavesau said: “We were part of the tripartite team that signed the tripartite agreement which was given to ILO (International Labour Organisation).
“It was proper for me to attend and continue to have that unity and make sure that we carry forward the processes and the achievements that we’ve done.
“That’s a tripartite issue that will be dealt with the ERAB mechanism and they know it.
“It will become one of the subjects of discussion in the ERAB which then it will be reported to me as the Minister. But the tripartite have to discuss the matter.”
The congress was also witnessed by officials from the Japanese Trade Union Confederation – RENGO, International Union Trade Confederation, and Asia Pacific from ILO.
Meanwhile, FTUC office bearers were re-elected unopposed yesterday.
Posted by Peceli and Wendy's Blog at 2:27 PM