So they expect more floods and cyclones... The Rotary Club in Labasa plan to build a permanent place for every time there's a flood, fire or cyclone. Good luck to them. I hope it is high up on the other side of the river or in the hills behind Tuatua because the current town area is very low - was once a swamp so it was pot-luck to develop where it is now located.  Need to build it on stilts!  Over the other side of the Labasa River is much better. 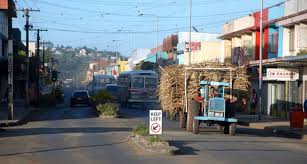 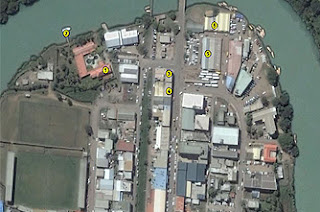 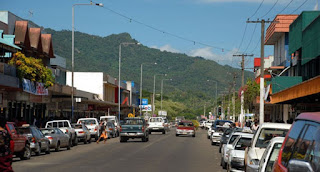 Serafina Silaitoga
Monday, May 02, 2016
A $0.5 million evacuation centre is being planned for Labasa Town.
Initiated by the Rotary Club of Labasa, president Ami Kohli said they had identified an area in town for the construction of the centre.
And it will not only serve victims of cyclones but also victims of flooding and fire.
"Hopefully we will work with Red Cross and should they wish to have a space to store their equipment, we will be happy to offer them space," Mr Kohli said.
"The funding for the project will come partially from Rotary and partly from fundraising."
Mr Kohli said they would also seek assistance from the Festival of the Friendly North as the committee had done tremendous work for the people.
Last week, the Rotarians met Rotary District Governor Jennie Herring from Auckland, New Zealand.
They discussed ways of setting up this evacuation centre, which Mr Kohli described as a successful meeting.
"She wanted to see how our fellow Rotarians in NZ and around the world could assist us if need be," he said.
Posted by Peceli and Wendy's Blog at 2:59 PM