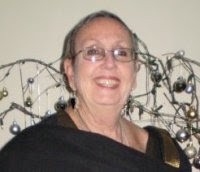 from w
Even though her writing is really funny at times, the colummist and activist Seona Smiles who lives in Suva, touches on interesting topics. Seona comes from Australia and has married into a feisty Fiji Indian household. Her short stories are very well written and full of details of everyday life in Suva. Here is her response to some Fiji academic mouthing off about half the population of Fiji being 'lazy', which is of course not true at all.

Seona writes in the Fiji Times today, as follows:

I can't wait to tell the so-called Head of Household that he is part of the lazy population. According to what the Nadi Chamber of Commerce was told this week, a total of 44% of the population aged 15 years and over is non-economically active.They include 'a lot of lazy people who do not contribute to the economy'. "What kind of attitude is this?" the speaker asked. Our Head of Household is waaaay over 15 years old.

So are our daughters. So are our resident mothers. None of them have paying jobs or produce things for sale. But they would all like to give anyone who calls them lazy a serious smacking. I suppose you could call their attitudes varying from scornful to extremely cross indeed. Even the Dreaded Violet would be miffed if she woke up long enough and got it together enough. At 93 I think we can count her out of the equation, there must be some point at which you can stop work.

Aaji, well into her 80s, has taken on a strictly supervisory role and retired from her fulltime career in household management.

It was work that never earned her a cent except the grateful contributions of her sons and daughters. Her noble occupation was to take care of the home and nurture those who lived in it, including making sure there was enough to eat.

As a widow, this involved stretching the meagre resources, tending a garden, sewing new clothes from old, walking instead of taking transport, knowing about home remedies to avoid doctors visits and medicine, saving, swapping and scrounging things needed for school, and all the other little things that clever, hard-working women without a regular cash income do.

Our daughters have never known that sort of hardship and I consider them grossly over-indulged, although they claim they could probably report me to the Social Welfare for child neglect. The point is, neither of them has a wage-paying job. They study. The older one has been sporadically economically active and certainly knows what the term means. She has given up all that to learn more about very important things. Whatever they are.

I don't know what the other one is studying, nothing that will ever get her a paying position unless it is perhaps as a bank robber or extortionist. This semester she is doing a unit on terrorism, which I fully believe is not 'how to do it'.

Although I sometimes feel an overwhelming sense of responsibility to contact her lecturer and let him know that her stated ambition in kindergarten was to become an assassin.

I didn't even know she knew the word, but she said it paid well, which would certainly take her out of the economically inactive bracket.

Both of them strenuously deny being lazy. What I see during semester breaks is young women taking a well-deserved rest, apparently, and not idle swine who don't get up until dinnertime and certainly never bend as far as the floor to pick up anything. As for them not being economically active, I don't know. It's true they don't go out to work to earn anything, but they certainly contribute to the economy.

I think they probably keep half the coffee shops and bars in Suva in business, on my money. The Fiji Times that reported the statement about 267,162 people being non-economically active also had an article that said about 28,000 people are unemployed.

The Head of Household, who knows a thing or two about statistics, is currently on the high seas in a yacht headed for Thursday Island. At this point he is contributing nothing to anybody's economy, there not being a lot of clubs or pubs in mid-ocean. He is not, however, being lazy, although frankly I've never met anyone more suited to the life of retirement and utter idleness. These days, however, he is standing his watch, knowing his ropes, and keeping things shipshape.

When he is not doing that, he is reading because in retirement he has become an even more serious economic supporter of bookshops, news stands, amazon.com and any other purveyor of the printed word.

He works hard at it, often late into the night. He could possibly point out that statistically there is a vast difference between the lazy, the unemployed, the economically inactive, and all those people including thousands of women who lead extremely hardworking lives that are essential to the wellbeing of society and, I dare say, the economy.

Most people these days understand that not all work, especially the vast amount of women's work and subsistence work, can be quantified in monetary or economic terms. They may not get paid for it, but they sure aren't lazy. Nor are those poor sods, including so many of our youth, who spend day after dispiriting day trying to find a job.

FIJI has a huge "lazy population"of economically inactive people, says chartered accountant Dr Nur Bano Ali. She said according to the 2007 census statistics provided by the Bureau of Statistics, the country had a 594,150 population aged 15 years and over. The economically active or populace in the workforce numbered 326,988. "The non-economically active was 267,162 or 44 per cent," she said. "There are a lot of lazy people around a whole lot of people who do not contribute to the economy. What kind of attitude is this?"

Dr Ali made the remarks at the annual seminar of the Nadi Chamber of Commerce in Nadi over the weekend. She is the president of the Suva Chamber of Commerce. Her address centred on the perceptions and challenges faced by the private sector where she listed "dealing with the lazy bureaucracy" as one of the challenges for those in business. etc. etc.
Posted by Peceli and Wendy's Blog at 12:22 AM