Our Fiji group at Pako Festa

Yesterday was the annual Pako Festa, a huge ethnic festival in Geelong, Australia and for many years our Fiji Geelong Friendship Club has contributed by participating in the march, performing dance and singing, running a stall, displaying crafts etc. But we intended to have a rest this year. However because of the Hurricane Winston last weekend some members of our Fiji group met on Wednesday and decided we needed a presence at the festival, found costumes, made a banner, designed a new logo, printed posters, made 500 flyers,  got in touch with the Pako leaders to get permission to fund-raise with tins, and we were accepted. On Saturday one community radio station broadcast from Pako Festa and George was interviewed so that gave more publicity to our fund-raising.  We are also collecting labelled boxes to send to a group in Melbourne who are preparing two containers for Fiji. So here are some photos of the event where about 100,000 people attended.  We raised a few thousand dollars towards our project to help Fiji.  Isa, our former President, Rev Peceli Ratawa is no longer with us as he had energised the group for over twenty years in participation at Pako. The next generation have taken over this reponsibility now. 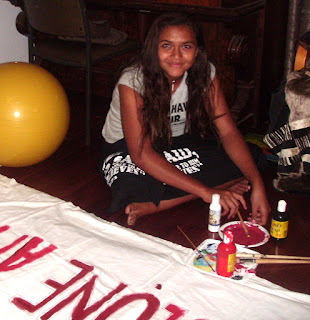 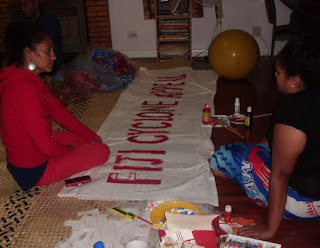 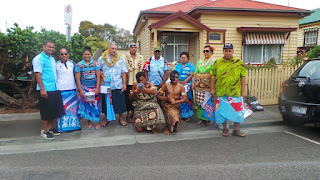 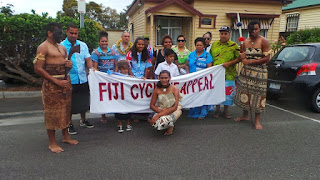 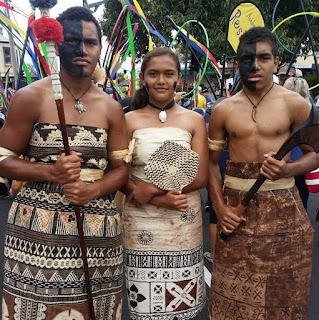 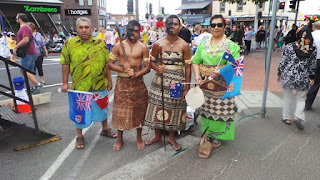 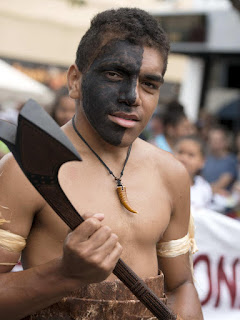