The town area of Labasa is flood-prone and just grew without real planning. On the other side of the river are decent hills and that land was mainly taken up by the sugar mill.  In the earlier days Vuo was the main development at Malau where Fiji Forest later established a mill. (Picture wouldn't come through.)
Today story from the Fiji Times 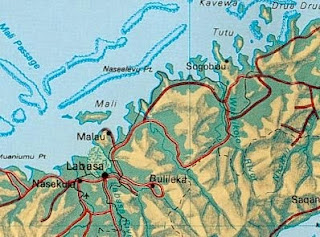 Posted by Peceli and Wendy's Blog at 3:07 PM

Who was seth pyare lal? He was the only son of seth jagannath.The real history is distorted.I have heaps more to share.