from w
Here's a good story showing good manners on a plane when the Fijian team members helped out in a crisis during a flight to Brisbane. 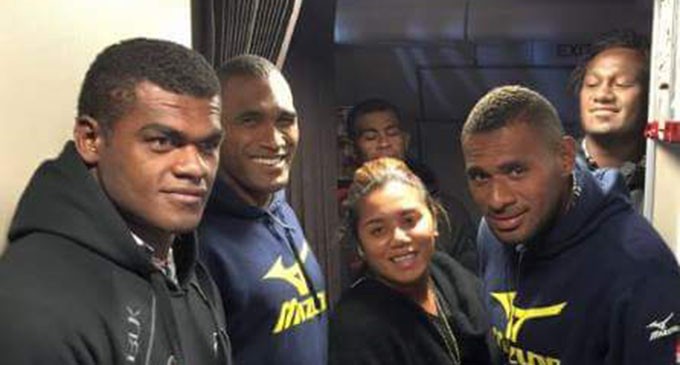 10:282015
Print This ArticleShare it With Friends

Here is the story by Dan Elson that went viral on social media yesterday.
One of the world’s top Rugby Sevens sides, Fiji, is renowned for its blinding pace, dazzling attack and ferocious defence.
Its players command respect through their unique playing style and dominance.
Off the field, their humility is to be marvelled.
On Thursday, the players were on board Virgin Australia’s flight from Nadi to Brisbane when there was a mid-flight emergency.
According to passenger Ryan Fee, one traveller fell into a serious condition early in the flight, and remained so for the majority of the trip as the plane flew back to Australia.
As soon as the severity of the situation became apparent, Virgin staff rushed to tend to the woman, working quickly to provide the highest level of care available.
Almost immediately, the Vodafone Fijian team coach and physiotherapist went to the distressed woman to offer their assistance.
Two other passengers with medical training helped the woman, who was falling in and out of consciousness, according to Fee.
However while the woman’s condition was monitored, the rest of the Fijian playing group did something quite remarkable.
While dealing with the prospect of a serious medical emergency, air hostesses found themselves forced to juggle the demands of the untimely lunch service that had started just prior to the woman falling ill.
In an attempt to take the pressure off, Fee said the players offered to serve food to the rest of the plane.
“When the air hostesses were all flustered the team got up to finish serving food and then assisted with the clean-up of trays for the entire plane,” Fee told news.com.au.
The team carried out the clean-up of the lunch service, collecting the trays and rubbish after everyone on the plane had eaten.
One player even assisted with the treatment of the elderly woman, holding her oxygen mask over her face for over an hour.
Fee described the incident as a “fantastic bit of team work”.
Fee also commended the work of Virgin Australia staff, medical workers that tended to the woman, and that of paramedics on the ground, who worked magnificently to keep the woman stable and prevent the incident from worsening.
The Fijian side was en route to Dubai where they kick off their HSBC Sevens World Series on December 4.
Having finished the 2014/15 season ranked No. 1 in the world, they will be looking to defend their title as they head towards their debut in the 2016 Rio Olympics.
Feedback: oseab@fijisun.com.fj
Posted by Peceli and Wendy's Blog at 1:12 PM