So what about the Methodist Church? 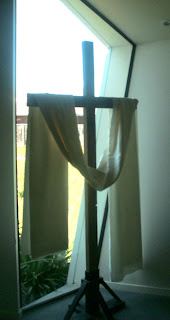 from w
I read in the on-line version of Radio Fiji that religious gatherings do not need a permit, yet I wonder what are the rulings regarding the up-coming Methodist Conference to be held in August which I have heard is only allowed to gather for one day. That means talking fast, praying fast, eating fast! You can't have one rule for one group, another rule for another religious group.

Pryde says there is a provision under the Public Order Act for religious functions. “Under the Public Order Act the religious organisations are exempted from applying for a permit for a gathering. So for religious organisations that have to hold celebrations on a private property anywhere – there is no need to get a permit.
There maybe something the Suva City Council has concerning noise abatement – those sorts of by-laws then of course they will have to abide by the by-laws.”

The Ram Naumi festival will be celebrated by Hindus around the country for the next 7 days.
Posted by Peceli and Wendy's Blog at 7:34 PM

Spot on Wendy! It's just plain hypocrisy on the part of the government.
One day is better than none though still unnecessarily heavy by the powers-that-be.