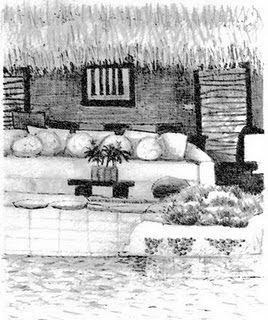 from w
Yesterday I posted on some gossip about Oprah booking in two weeks at Likuliku Resort on Malolo Island after a Facebook contributor spilled the beans, but then I deleted it because really a celebrity should have some privacy perhaps? Anyway, the second story is that she'll be at Laucala Island near Taveuni which is even more private, away from the milling crowd. Certainly a millionaire's holiday spot. Staff at Fiji resorts in Fiji are told not to gossip about the whereabouts of who is where and not to take photos. If they breach the conditions they can not only be sacked but they may be sued if they sell a photo to the media. So if it's Laucala good luck to the staff there who will have interesting guests but a warning - no photos! Though Oprah in a liku or a sulu would be a very good shot!
Oprah due in Laucala Island within the next few hours
Publish date/time: 16/12/2010 [15:10]

Talk show Queen and legend, Oprah Winfrey is expected to jet into the exclusive Laucala Island within the next few hours. Fijivillage has received confirmation that Oprah will spend a few days on the island with her partner, Stedman Graham.

Despite hinting she may visit Egypt before returning home from Australia the couple told those in their closest circle they will stay at a private, luxurious Fijian resort. Her businessman boyfriend of 24 years, Graham will fly halfway across the world to reunite with his partner. Oprah and Graham will fly into Laucala on the private jet of the owner of Laucala island who is also the owner of the popular energy drink, Red Bull, Dietrich Mateschitz.

Laucala, a seven star haven, was formerly owned by publishing magnate Malcolm Forbes. Placed in the top hundred of the most beautiful hotels and resorts in the world by Hideaway Hotels, Laucala was redeveloped by its new owner at a staggering 30 million dollars. Located about 45 minutes by plane from Nadi International Airport, Laucala Island which is near Taveuni was a coconut plantation for nearly a century.

The 3,000 acre atoll is now a study in tropical gardening, with hillsides thick with herbs and vegetables, as well as fruit bearing plants that supply the shot glass portions of fresh juices that attendants serve to guests throughout the day.

Visitors stay in thatch roofed villas, each with its own swimming pool, set along the mountainous island's beaches and cliffs. The accommodation rate for a night goes as high as US$26,000 which is for the Hilltop Residence located 360 feet above sea level. Fijivillage has also been told that if a guest wants to book the whole island for 7 days for only themselves, the charge is US$1 million.
Posted by Peceli and Wendy's Blog at 7:33 PM