Promoting the growing of sandalwood in Fiji

At the heart of the matter 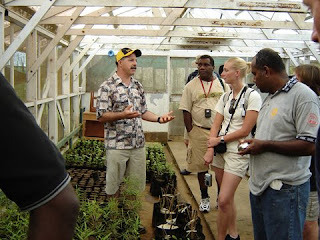 FOR A tree that was once heavily exploited in the 1800s by early Europeans in parts of Fiji, it's great to see the plant making a comeback.
The aromatic wood is highly prized even to this day for its rich oil base as many middlemen and overseas companies pay big dollars to have it.
We recently visited the Department of Forestry where they grow the sandalwood seedlings for distribution to villages that want to start a sandalwood plantation. This newspaper was told that the seedlings are given for free once proposals are submitted from communities around the country.
Sandalwood project officer Maika Lesubula said the demand for the seedlings had increased.
"The demand is not meeting the supply at the moment. We've received proposals requesting sandalwood seedlings for their plantation. It's great to see that locals now realise the value of these high-grade trees," said Mr Lesubula.
There are three species of sandalwood growing in Fiji — Indian sandalwood (Santalum album) the indigenous Fijian species or Santalum yasi, and the natural hybrid, a cross between the Santalum yasi and the Santalum album.
"We are taking stock of the sandalwood trees around the country," said Mr Lesubula.
"Recently, we went to Kadavu and Vanua Levu where the trees have grown in abundance. These places include Bua, Nawi in Cakaudrove, Nawailevu and so on. From the GPS study that we carried out, approximately 200 trees are planted by a family in these villages, so it's been going well. Our objective is to promote the planting of these trees in the rural areas and identify the market for these trees in the near future."
A day before the visit to the Department of Forestry, the group was told a farmer had just cashed his yasi plantation through a company identified by the department. The farmer received over $40,000.
"We want the resource owners to have the maximum benefit from their resources. There have been occasions where they've been duped by scrupulous dealers so our ministry has been working hard to find a solution to this.
"At the moment the industry is unregulated, there's so many middlemen in the country, Right now the Department of Forestry is trying put forward a regulation to protect the resource owners. Because the buyers who are coming in and did not give a fair price. The profits they make were much more."
The current price for the prized wood is $100 a kilo, said Lesubula. With at least 1kg per tree after 2-3 years of planting for $100 per kilogram could net one $26,000.
While the money sounds promising, one has to know the inctricacies of planting the tree.
Lesubula said: "You need to make sure that you have the correct seed stock. Also it is a hemiparasitic so it needs a host plant to latch on to underground by roots.
"Since sandalwood matures in 15-25 years, you can plant your sandalwood trees and hosts in large grids or rows and then intercrop with other spices or essential oil crops such as cardamon, ginger, chilli, cocoa, patchouli, these are all 1 or 2-year crops with some that are every 6 months," he added.
With a sad tale of exploitation in the 1800s after the American and English ships decimated yasi farms on Vanua Levu, particularly Bua (they even called Vanua Levu Sandalwood Island), it's encouraging to see the revitalisation of the highly-prized tree.
Mr Lesubula firmly believes the education of farmers and the development of the sandalwood industry is paramount for the benefit of Fijians. 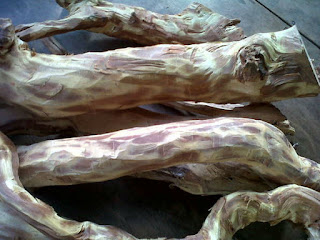 Hi Jeff, I am interested in getting information on the programme in Vanuatu. What email address are you available on please?

my email address is bearoma22@gmail.com
I am now working in Vanuatu so am available to visit at short notice.
Am willing to discuss potential JVs with farmers.
Not agents as we will only work with the actual resource owner.
Or a co operative.

Please feel free to contact me on teh email

Wakafarms said...
This comment has been removed by the author.
11:18 PM

Hi,
Tried to comment earlier but don't know if it sent.

We are currently doing our best to plant Sandal wood tree's and will continue to each year. However we are looking for a shorter term crop for income while we wait.

Can you get Patchouli in Fiji, as this is what we would like to grow. We are in the Northern division in Fiji.