Konrote suggested for President of Fiji 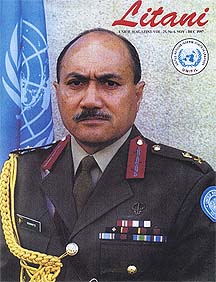 from the Fiji Times:
PM nominates Konrote for President

AVINESH GOPAL
Friday, October 09, 2015
Update: 6:08PM PRIME Minister Voreqe Bainimarama has nominated the Minister for Employment, Productivity and Industrial Relations, Jioji Konrote for the position of President.
Mr Bainimarama said in a statement that he would nominate Mr Konrote's name officially to the Speaker of Parliament as provided for under sections 83 and 84 of the Fijian Constitution before the sitting of Parliament on Monday.
He said Mr Konrote was one of Fiji's most outstanding and decorated military officers, and he has been awarded with numerous awards and decorations during his illustrious career.
---------------
Bio of George Konrote from wikipedia:  Major General Jioji Konousi Konrote, OF, MC, better known as George Konrote, is a retired Major-General of the Republic of Fiji Military Forces and a former diplomat. He is currently Minister for Employment Opportunities, Productivity and Industrial Relations in the Fijian Cabinet.

Konrote is a native of the island of Rotuma. His days as a pupil at Natabua High School in Lautoka, Fiji, are described in the prize-winning book on Fiji Kava in the Blood by Peter Thomson.
A career soldier, Major General Konrote enlisted into the RFMF in 1966 and trained with New Zealand and Australian defence forces, studying at institutions such as the Australian College of Defence and Strategic Studies and the Australian Defence Force Academy in Canberra, Australia, (where he became a fellow in 1996), and the Kennedy School of Government at Harvard University in 2000.
Rising through the ranks of the Fiji Military, he commanded battalions of Fijian soldiers in their peacekeeping efforts in Lebanon during the Fiji's UNIFIL campaign, and was subsequently appointed Deputy Force Commander of the UNIFIL operation, and finally the United Nations Assistant Secretary-General and Force Commander in Lebanon. In recognition of his contributions in these fields, Major General Konrote was awarded with the UNIFIL Peace Medal (1978), the Military Cross (UK, 1982), the Order of Merit (Italy, 1997), the Order of the Cedar (Lebanon, 1999) and was made an Officer of the Order of Fiji (Military Division) in 1997.

From 2001 to 2006, Konrote served as Fiji's High Commissioner to Australia.[1] After his appointment, equivalent to that of an ambassador, expired at the end of March 2006, and he was elected to represent the RotumanCommunal Constituency at the 2006 election,[2] and was subsequently appointed as Minister of State for Immigration and Ex-Servicemen in the Cabinet of Laisenia Qarase. His role in this portfolio abruptly ended when the government was deposed in a military coup led by Commodore Frank Bainimarama on 5 December 2006.
Despite serving in the Qarase government, Konrote became a candidate for Bainimarama's party, FijiFirst, in the 2014 election,[3] winning 1,585 votes.[4] He was subsequently appointed Minister for Employment Opportunities, Productivity and Industrial Relations.Jump up
Posted by Peceli and Wendy's Blog at 3:25 AM