Some thinking about racism

from w
I am writing this as a response to a facebook link - of
sermon preached in Gosford about racism, and that Jesus also experienced the local prejudices of tribalism at first. 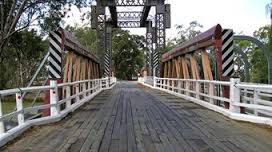 A personal history from a country kid.

Boundaries are the natural order for human life, as we start with our nuclear family, to an extended family, to local friendships  and beyond.   For me  the boundary was the Mallee area of Victoria and  the country town of Swan Hill.  We didn’t like the nearby town of Kerang or the other football teams.  Going back to the 40s and 50s – there were two primary schools – ordinary and Catholic next to one another,  so this boundary was taken for granted with taunts and chants.  Only when the Catholic students joined us in Form 5 and 6 did I have Catholic friends as we studied the Renaissance and Reformation together. We were  predominantly a ‘white’ community (voting Country Party) and the Aboriginal families living over the river behind  the Federal Hotel  we treated with  indifference. Dad had shearing sheds and a dairy, joined Rotary and became enthusiastic in the Council to make the town  a great place to live. My mother who was a triple certificate nurse gave up her career to raise five children. She liked the Aboriginal grandmothers who bought clothes at the op shop where Mum was a volunteer. Dad employed some Aboriginal shearers but said they would go walkabout at times.

This was the 1940s  in Swan Hill.  Our primary family group came first      -  I tolerated four brothers, friends were  girls from  school and local church and sports.  I  loved  my gentle Grandpa  who gave  me the Age newspaper. My father too – who told tall stories of his father and the sailing ships. Italian  blockies  kids weren’t  really our friends as they came to school by bus and  their fathers chatted  in a foreign language in front of the White Swan Hotel. We walked and  biked  everywhere so friends were close by.

After 1955 and moving to Melbourne  to study art changed  many things. Country  kids befriended  city art students, who were  more sophisticated. – perhaps.  A few overseas students from Asia shifted  the boundary as we discovered  delightful food , music, and languages. Art students of course were superior to other tertiary students!  A gay lecturer we  regarded as quaint and beyond our experience. When visiting the home town, I noticed  the bias and prejudices for the first time, especially regarding  politics and  religion.  In Melbourne we had explored different churches, even St Peters on Eastern Hill.

In 1959 I left friends behind as  we all scattered  throughout Victoria to teach  art.  In Bendigo my network now included other teachers, art students at the Tech, young adults  in the Forest Street Methodist Church – which was very active then with camps and summer schools and preaching bands. I’d  left behind  the Anglicans as they were  too old – over forty, and  the Methodists sang well.  My pottery tutor was of Chinese background  and  that was fine. We drank coffee in a shop owned by a Jamaican.

By 1961 I  was 23 and  ready to take on the world – go to Paris, see the paintings, do some of my own, but instead  I went on  a church work camp to Fiji and stayed  on for several years. My  new friends now included  indigenous Fijians, missionaries from Australia, and many families of various Indian backgrounds – Hindu, Muslim, Sikh . I embraced the exotic – the languages, the food, the dress, the religions – even though I  had a passion  to  invite people to become Christians.  I don’t think I  had any  racism  at all those days.  When I married a Fijian  some people back  home said – ‘You can be a missionary to them  but you  don’t  marry them!  Not my parents -  but friends of my parents were appalled.

So I was the odd one out then – an Aussie with a Fijian family and Peceli was a padre to  a  mainly Indo Fijian community.  We spoke three languages then and  life was full and fine and  included  three years living in the canefields near Labasa with the extended Fijian family.

Eventually when we came over to Australia we could  see the indigenous Australians in a new way. Peceli made friends with  them, was appalled  that  in the Mallee they had mostly lost  their culture and l language.  They regarded Peceli as a brother but were wary of me. I worked for a few months  in an office of Aboriginal Affairs waiting for a teaching  job and  the social worker there  said one day, ‘Wendy, do you remember when we were in the same class  in Primary School?’  I did not.

Unlike some of our relatives in a ‘mixed’ marriage, we haven’t experience blatant racism against our family, sometimes little jokes about cannibals, or Vegemite, which we just take with a grain of salt, that  that they were ignorant. Our friends  in Hopetoun were mainly in the church but Peceli often played golf with the Catholic priest and by the 1970s there was ecumenical  good will in the town – I played for a combined choir  - The Messiah -  during a dust-storm.  We didn’t  talk politics too much as the country people mainly stuck to the National/Liberal Party, though I hadn’t  even  embraced  Labour either. Perhaps waiting for the Greens.

Moving to Geelong  we have had  a good life with our three boys at  nearby schools. While I had a shabby house as I once again studied art – this  time at Deakin, my peer group  now  included  the middle-aged and  teenagers.  Geelong fortunately has a very active Migrant Resource Centre (now called Diversitat) and Peceli and I became active in their meetings, Pako Festa and other celebrations. I joined an Interfaith women’s group with  joy and moving the boundaries once again.  We do meet a kind of racism art times – ‘When are you going home?’, said politely to Peceli, but mainly in sport, social interaction, church,  mostly it’s all good.  Just sometimes I hear  something that gives me a jolt. ‘Oh let’s have a church picnic at Eastern Beach , ‘I say to the  ladies.  ‘Oh  no, ‘says one woman, ‘that’s full of New Australians.’  She means the women cloaked and  hooded even  on  hot days.  ‘No sweat, we’ll  just go somewhere else. ‘ My art, music and writing  networks  in Geelong now involved mixing with all  kinds of people and I didn’t see difference except  as celebration.

But of course we cannot be silent  about racism and I engage in discussions  on  the internet  now about  what  is happening in the wider world as well as Australia,  put little articles  into our church  newsletters, speak up occasionally with passion.

So this personal examination of where I’ve been probably is  a universal  story  as many  people ;go through the process of enculturation from the primary racial/ or cultural group  to  exposure to difference, the crossing of the boundaries, to a celebration of difference. Yet at the same time I am  appalled when I see  tribalism creating havoc, wars, and death  and taunts on a football field is only one local example..