Regarding ACS and other schools

from w
Here's a sensible letter from a correspondent to the Fiji Times concerning the decision of the Education Minister to make new rules for ACS, QVS and RKS schools. 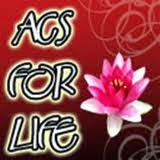 SEVERAL letters in your column about the admission of students to Adi Cakobau School, Ratu Kadavulevu School and Queen Victoria School have been regrettably, not based on facts but assumptions. The truth is this. Firstly, for decades since their establishment, these schools' only criteria for student entry was based on students achieving a certain minimum aggregate mark in the Fiji Intermediate Examination for entry into their intermediate classes.

Later on when the intermediate classes of Forms 1 and 2 (Classes 7 & 8 or Year 7 and Year 8 ) were removed from these schools, the prescribed entry mark was based on the Secondary School Entrance Examination.
These entry marks I admit, were much higher than those demanded by other intermediate or secondary schools and I can only speak for Adi Cakobau School as I am more familiar with it.
Another criteria was that the student had placed the school as first choice in the application form which all schools sitting these examinations in those days, had to have students fill and send to relevant schools. (Students used to fill the name of the secondary school of their first, second and third choices).
Secondly, for ACS, there was always a set allocation of places for rural based primary school students and whose marks may be slightly lower.
Hence, there had been an in-school policy to facilitate rural based students. This discredits any statement that rural students had been marginalised.
Thirdly, there was never any policy about restricting admission to daughters of ratu and adi.
That some of them ended up there happened because they achieved the required marks in the entry examination.
It must be stated that the removal of all external examinations below the Fiji School Leaving Certificate and the accompanying filling of forms of choice, had brought a great deal of confusion to students and parents who now have to personally go from school to school to seek entry for the new year.
Perhaps, this is what the Ministry of Education should focus on and address.
I feel that the Minister of Education should review the unilateral decision on these schools so as to build peace rather than sow seeds of fear and disunity.
You see, given the way indigenous Fijian people's traditional institutions have been unilaterally dismantled; their language no longer acceptable in Parliament; their identity and land ownership issues being subjected to changes without their due consent, etc: — the indigenous people might feel that this is another part of the bigger plan to totally disempower indigenous peoples of Fiji and make them disappear into oblivion, as a race.
Especially, as these schools had been producing some of the national indigenous leaders of Fiji.
Posted by Peceli and Wendy's Blog at 3:00 PM

And a letter to the Editor of the Fiji Times from a former principal of QVS.
BOARDING SAGA
| Saturday, April 25, 2015

I WRITE to you as a former principal of Queen Victoria School concerning the debate about the three prominent government secondary schools, namely ACS, RKS and QVS.
Queen Victoria School was established in the early 1900s for the sons of chiefs by the British colonial administrators.

The reasoning behind this was to educate young leaders, who would later be absorbed into the civil service and serve the people.

The notion was that because of their chiefly status they would be effective leaders as people would readily follow their advice.

This was not unique to Fiji as there are equivalent schools in countries colonised by the British.

Things changed in the 1950s. Academically bright Fijian students regardless of their social status were also enrolled into QVS.

This trend continued until my tenure as principal of the school from 1994-1997.

My job in selecting students was easier then because we had the Intermediate Examination and Eighth Year Examination to help us select students for enrolment.

The Rabuka government's astute minister for education Taufa Vakatale had specific instructions about the enrolment at QVS.

Each year, my list of students selected was submitted to the minister for verification and approval. I wonder whether this process has changed.

I offer a few solutions to this problem:

* Government has spent millions of dollars in establishing primary and secondary schools in rural areas, a commendable effort indeed. Government should continue to upgrade the schools with facilities to be on par with those in urban schools, including boarding facilities. This may reduce the number of parents bringing their children to schools in urban areas, in search of quality schools.

* The Ministry of Education to bring back the Year Eight Examination so that there is a benchmark for principals to gauge the quality of students applying for places.

* The Ministry of Education to select experienced, qualified principals and teachers to be posted to rural schools. This will require incentives. The excellent Year 12 pass rate of Cicia Secondary School is testament that rural schools can produce outstanding results if they are provided quality, dedicated teachers; and

* The Ministry of Education to increase the number of education officers at district level to ensure that rural schools are regularly monitored and supported.

In conclusion I suggest that all stakeholders, government representatives, the opposition, former scholars and parents sit together and discuss this in a sensible way for the benefit of all the students.