May God's light shine upon you for Diwali 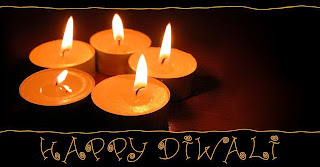 from w
Tomorrow there's a holiday in Fiji for one of the year's loveliest festivals, Diwali, celebrating light in darkness and it surely can be seen by people of all faiths as a positive inspiring time to reflect upon life. Pundit Bhuwan Dutt says Fiji is a multicultural society and people should respect each others culture.

“Just like one lit lamp can ignite and give light to thousands of unlit one’s, in the same way we should try to spread message of goodness so that one can appreciate one another and live in a multicultural Fiji happily.”

It made me think that one person's story can inspire a community also. Last night in Geelong at the Annual Meeting of Diversitat (formerly Geelong Migrant Resource Centre) the guest speaker, a refugee from Afghanistan, told his story of fear, death of family by the Taliban, many years in Pakistan in a refugee camp, eventual trip to Indonesia and four leaky boats - one after another after another, to get to a safe place, but of course it was a Detention Centre, then another. Until at last he was allowed to live in the community with friends near Geelong, get his Permanent Residence and after four more years was reunited with his three children. It was such a moving story and affirms my belief that we must treat asylum seekers with compassion, not just as numbers in political games. It's always good to hear 'real' stories instead of theories and generalisations. Light after darkness in these stories.

----------
added on Friday:
There was a time when Fiji Christian Indians did not celebrate Diwali because of its Hindu association, though many did visit friends and enjoy the lights and good food. There was a view that they needed to show their 'difference'. However these days there is a different attitude by some, such as the Dudley Methodist Church members, as they re-define the Festival of Lights. 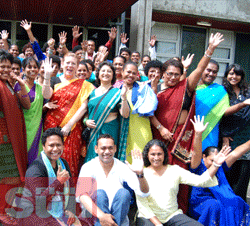 from Fiji Sun.
Indo-Fijian Methodist sector honours Diwali
11/5/2010
Diwali, the Hindu festival of lights, will be commemorated by Indo-Fijian members of the Methodists Church of Fiji.

The celebration will be in Suva tonight.

This evening, members of the Dudley Methodist Circuit of the Methodist Church’s Indo-Fijian division, will gather at the small wooden building in the Nanuku Squatter Settlement in Vatuwaqa, Suva for a candlelight service.

The service, led by Reverend James Bhagwan, will focus around the theme, “Jesus the light of the world”.

“The majority of our members at Nanuku are converts from Hinduism and while they have had a spiritual conversion, we understand that Diwali is more than a religious festival,” Rev Bhagwan said. “It is a cultural festival, not only for Indians in Fiji but all Fijians.

“We are having this service to share in this special time with our community and at the same time remind ourselves of the command of Christ for us to shine our light into the world.”

Diwali is a public holiday in Fiji and will be celebrated today. Meanwhile, today members of the Dudley Methodist Youth Fellowship will hold a clean-up Toorak programme. “On Diwali, many people clean their homes and their compounds. We thought that as Dudley Memorial Methodist Church members, we would clean our community and engage our youths in some practical community work,” Division Superintendent, Reverend William Lucas said.Superintendent Reverend Lucas said in a statement that Diwali was not only part of the Indian culture but a national culture for Fiji.

“In St Johns Gospel, Christ says, ‘I am the Light of the World. Whoever follows me will never walk in darkness, but will have the light of life.’ (John 8:12),” the Reverend Lucas said.He said Christians understood the message of the triumph of light over darkness and good over evil and are themselves called to shine the “Christ-light” from within to illuminate a dark world.

The Indo-Fijian Division of the Methodist Church in Fiji sends their best Diwali wishes to their Hindu brothers and sisters.
Posted by Peceli and Wendy's Blog at 3:30 PM