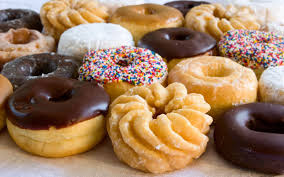 Charlene Lanyon
Thursday, July 14, 2016
FIJI is ranked second in the world with a high rate of deaths from diabetes.
According to the World Life Expectancy diabetes report, Fiji had an age adjusted death rate of 147 (146.5) people for every 100,000 deaths.
Mauritius recorded the highest at a rate of 173.6 per 100,000 deaths, as listed by the survey that used latest data from the World Health Organization.
Fiji's Diabetes Centre medical officer-in-charge Dr Lisi Finiasi said these figures were alarming and highlighted the need for more serious action to be taken.
"For Fiji to be the second in the world shows how much work needs to be done," Dr Finiasi said. "These statistics also show that everyone in Fiji needs to take responsibility for their health because as health workers we can only do so much.
"When people come into the health centres and hospitals they only spend a brief period of time with us and when they go back home, this is when the awareness and education and health tips and suggestions are put into action."
Dr Finiasi said the focus for people with diabetes was on controlling the condition.
"Having diabetes does not necessarily mean the end of the world because you can always control it by simple habits such watching your diet, taking care of your body and always ensuring that you exercise daily. It is that simple because it depends on your lifestyle and for those without diabetes, do everything you can to ensure that you stay that way."
She added that diabetes was an expensive disease and complications could place further burden on the person, family and community.
"For instance, a person with diabetes that also suffers from kidney problems would need about $750 for dialysis three times a week and that does not include transportation and costs fro other medicine and supplies," Dr Finiasi said.ana.nisha@fijisun.com.fj 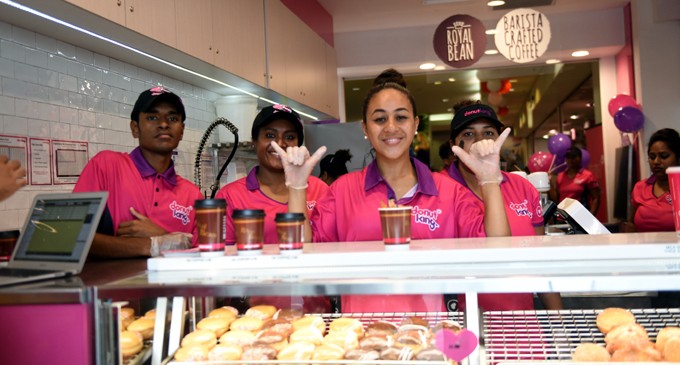 by Ashna Kumar, SUVA 0 Comments
Donut King will open three shops worth $1.5 million in Suva.
This was highlighted by the managing director, Paul McLaren, at the opening of their first shop at MHCC in Suva yesterday.
Mr McLaren said there would be two more franchise opened in Nadi and Lautoka at the end of the year.
He said the three shops in Suva would have 45 staff in total who are currently being trained.
“Seeing the crowd and sales for today, I am sure our future endeavour will be more successful while we work on opening other branches in the country,” he said.
Mr McLaren said their large range of donuts are made at the store throughout the day by their trained franchisees.
He said he is happy with the workflow.
“The staff is trained by Kristy Thornton who is a very experienced staff of Donut King in Australia.
“She has been in Fiji training the staff not just with the donut and coffee recipes, but also on operating the machines and other facilities in the shop,” Mr McLaren said.
The donut maker, soft serve and hot dog machines are imported from America while the cooler, espresso machine and other machinery are from Australia.
Mr McLaren confirmed the donuts are cooked in the vegetable shortening and the hot dogs are specially made for Fijians.
He said this took into account people who are vegetarians or do not eat beef or pork.
Background
Donut King first opened in Sydney in 1981 and has been serving the now World Famous DK Cinnamon Donut for over 30 years.
“We’ve all been there and millions of Aussies have grown up sharing this experience, it’s a place for the young and the young at heart.
“At Donut King we decorate our donuts and make our hot dogs fresh daily ensuring quality, delicious food for our customers.
“Our franchisees spend many weeks training and learning how to operate their store at the national RFG Training Academy based on the Gold Coast in Australia to ensure we provide you with the highest quality food that is the same right across the country.”
Employing over 4,600 staff and serving 30 million donuts to Australians every year, Donut King expanded internationally with their first Donut King store opening its doors in Shanghai China on November 1, 2008.
EDITED BY: FARZANA NISHA
Feedback:  farzana.nisha@fijisun.com.fj

Posted by Peceli and Wendy's Blog at 2:46 PM

Each year, 11,000 People Saw Their Diabetes Mysteriously REVERSED, But Even Their Doctors Couldn’t Say Why

Until a rogue diabetes researcher solved this decades-old medical mystery…

Start using his natural, at-home treatment to reverse your Diabetes without medication.

For more info please click on the following link: How To Heal Diabetes.