Epeli Deyama singing a hymn in Hindi with his brother. Picture: ATU RASEA

from w
Originally called the Women's World Day of Prayer, these days it is more inclusive and men rock up to join the women. Yesterday I joined in one of the local worship services and it was a good feeling to know the same liturgy was being used in hundreds of countries including Fiji where Dudley Methodist Church started the day at 6 a.m. with their service. Musicians who hail from Bulileka Labasa - Fijian guys - were playing Indian musical instruments. Way to go. Several Labasa Fijians have been doing this for over thirty years in evangelism amongst the Fiji Indian community. Isa, our friend Apakuki, was part of this project at one time. And Rev Mereaia of course. Peceli and I have always been concerned about inter-cultural church activities and for a time Peceli was a minister in the Indian Division of the Methodist Church in Fiji - at Lautoka, Rakiraki and Dilkusha and my heart has always been with the people of churches such as Dudley, Dilkusha and others. 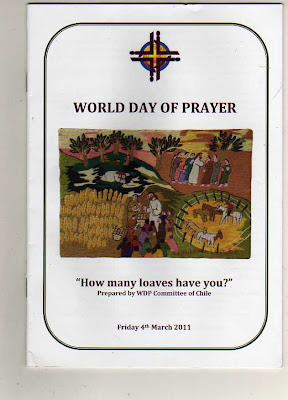 The hymn 'The day your gave us Lord is ended' is always sung at the World Day of Prayer services and this verse is quite touching.
Across each continent and island
as dawn leads on another day
the voice of prayer is never silent
nor dies the strain of prayer away.
The theme this year has been 'How many loaves have you' and was written by the WDP Comittee of Chile. There's an assumption that Christians need to give to other people of our food, our wealth, our gifts, our talents. There are times when we are generous, but there are other times when we are the receivers of gifts. At present in our household we live by grace and almost every day, friends call and give us gifts of the abundance of their gardens and other things. It is a different life when we receive so much kindness.

Sing to the most high
Avinesh Gopal.
Saturday, March 05, 2011
EPELI Deyama has hung his soccer boots to preach the word of God in Indian settlements. He does not find difficulty in reaching out to the Indian community because he is fluent in the Hindustani language. Yesterday, he sang a Hindi hymn during the World Day of Prayer celebrations at the Dudley Memorial Methodist Church in Toorak, Suva much to the surprise of people gathered there. While he played the harmonium and sang, his younger brother Asivorosi Raqeu, 22, played the dholak. Mr Deyama, 29, who is originally of Bulileka, Labasa in Vanua Levu is doing outreach programmes in Suva.

"I no longer play soccer now because I am fully devoted to spreading the word of God to people especially in the Indian settlements," he said. "I learnt to sing hymns in Hindi through prayers and fasting for four months during which I abstained from eating meat, sugar and smoking cigarettes. It's a blessing from God that I am able to sing hymns in Hindi or the bhajan."

Mr Deyama said he prayed a lot during the four-month fasting period, after which he started playing the harmonium and singing. "By playing the harmonium and singing Hindi bhajans I am able to reach out to people," he said. "I go for outreach programmes in the Indian communities and the response I get from people is very good." Mr Deyama said he would continue doing outreach programmes with the aim to bring about spiritual changes in the Indian communities.
Posted by Peceli and Wendy's Blog at 6:03 PM

I really like to celebrates this type of days. The Women's day is so important for women and every one. It is necessary to give respect to women. The women give lots of contribution in our life.

It was a nice World Day of Prayer. I daily do prayer for my family. A prayer have some power which is really helping you to leave a better life.

It is such a nice day of "World day of Prayer". I am strongly believing in a god. It is necessary to celebrate that type of day. We all know that prayer has some hidden power.

It is amazing the reach of christian prayers throughout the world

Me and my family member daily do prayer to God. Its makes our home atmosphere cool and nice. I think prayer has no any particular day.

at the rate this world is collapsing though, we need as many prayers as we can get.

I always joining this type of worship in my town and anywhere. I do not want to loss any chance to pray my god.

Me and my family daily does a prayer at our home. It is a daily evening schedule of my family. The prayer really gives us hidden power.